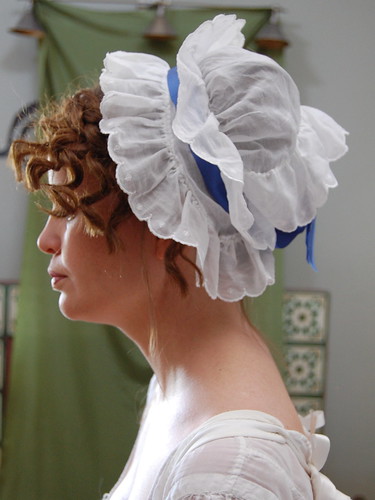 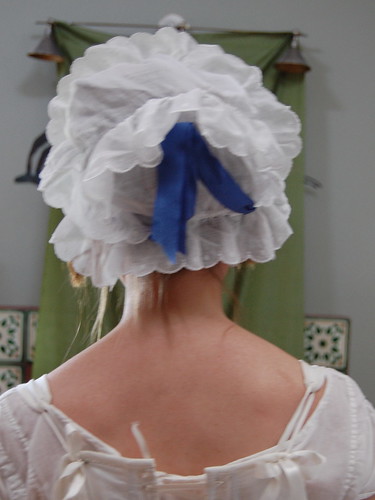 I will happily admit this is not a completely accurate Regency cap. As I was sitting and looking at the strips of fabric that I was thinking about turning into a cap pattern, I realized I could go about it an easier way--I could use my Kannik's Korner cap pattern and add a few Regency elements. Some had ruffles across the crown, others had ruffles facing back, early fashion plates had colorful ribbon, (I'm obviously using the extended stylistic definition of Regency here), and a feature many of them had was the front ruffle extended around the back of the neck.

My cap is made of Swiss muslin and trimmed with Swiss embroidered edging, both from Farmhouse Fabrics. The ribbon is from Silky Way on eBay. 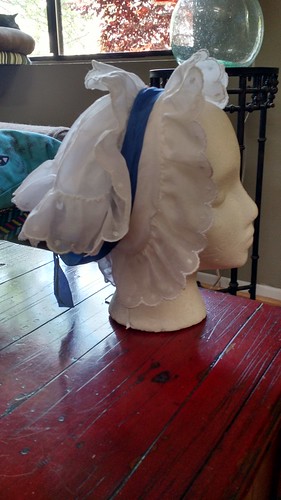 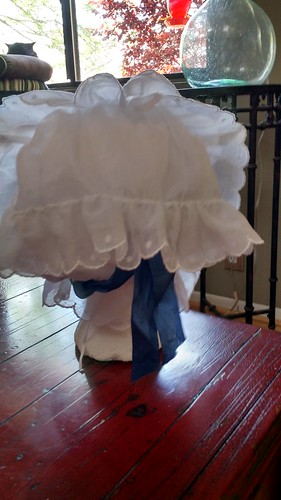 To make my cap, I used the girl's band and woman's caul, like I have in my previous Kannik's Korner caps. I followed the directions with the pattern. After attaching the band and caul, I whip gathered a piece of the embroidered edging, and sewed it across the back crown of the cap. Then I sewed another whip gathered piece of edging to the back of the band, facing backwards. I then tried the cap on and pulled the drawstring to about where I wanted to wear it. I then took another piece of whip gathered edging and sewed it around the entire edge of the cap, including the gathered portion. Then I added ribbon, which I just played with until I liked the look of it. 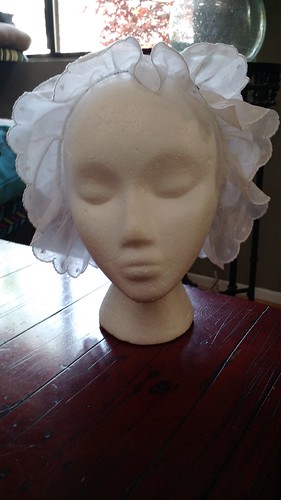 And there it is, a very silly, frilly cap!
Posted by Katherine Caron-Greig at 5:38 PM