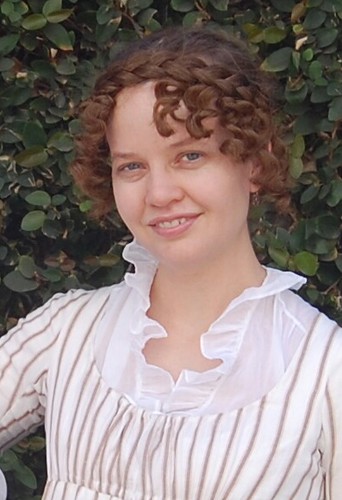 This year for Costume College I finally did something I've wanted to do for ages--make an easy to wear hairpiece for Regency. My hair is notoriously fussy, and even though it was a good length for Regency curls at the time, I had to curl my hair four times for January's Jane Austen Evening. Something had to be done! As a contrast, this style took about five minutes to do and lasted all day.

I first thought of adding curls to a braid when I saw this fashion plate. This portrait of the Comtesse de Bonneval also shows a braid. This portrait of Madam Louis-Francois Bertin ended up being my main inspiration. 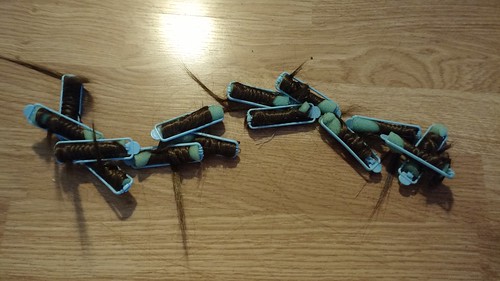 My first step was to curl the weaving hair. First, I cut two lengths of weaving hair, each twice the size I wanted, which was about from the center of my forehead to just behind my ear. I then doubled them to make them thicker, and sewed them together. I curled them, using the smallest foam rollers. I didn't worry about the ends because I was planning on trimming the curls. I dipped the hair in boiling water to set it, let it cool and mostly dry, and unwrapped the rollers. 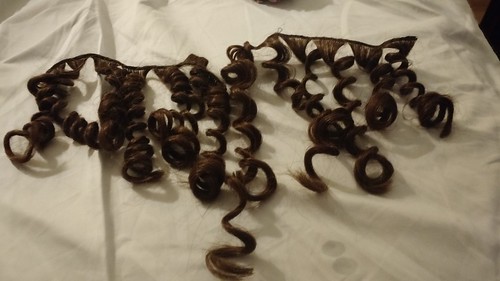 And here's what the curls looked like after setting. 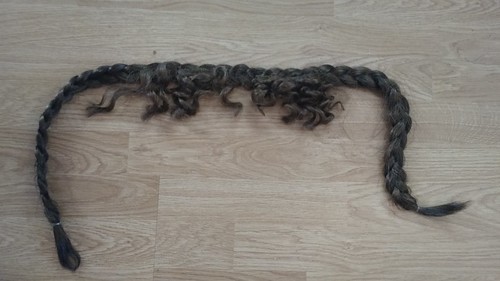 I then sewed the curls to a braid made from the braiding hair. I sewed them full length (sorry for not having a picture of that!), put the braid on my forehead, and trimmed the curls. 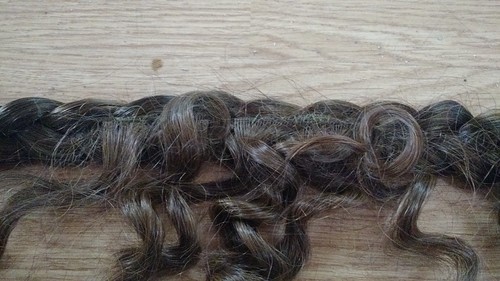 Here's a close up of the sewing. Please note that these pictures were taken after I wore the hairpiece! I saved the trimmed bits of curl and ended up pinning a few to the braid when I was wearing it. 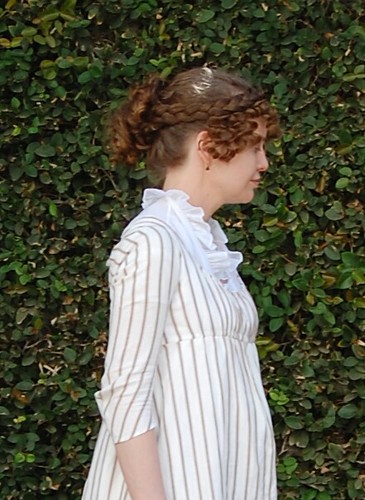 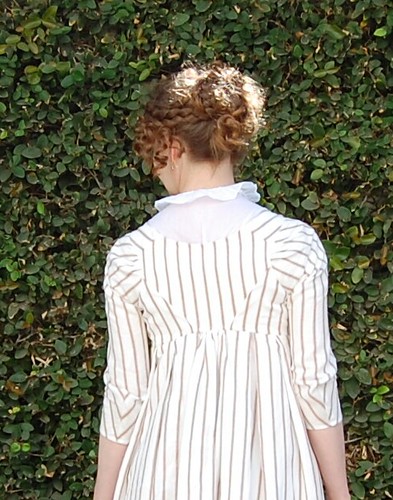 Putting it on was quite simple. I set my hair the night before (using the pillow rollers shown below) and put my hair in a normal ponytail in the morning. I then centered the hairpiece and put a bobby pin at center front to hold it. I then took the braids and wrapped them into a bun around the ponytail, leaving bits of curl to hang out. 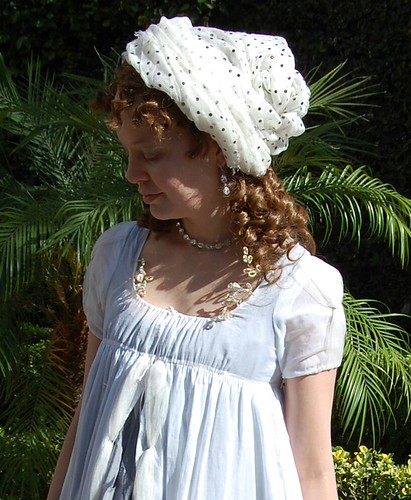 I also used the hairpiece with a turban. None of the hair showing in this picture is mine. 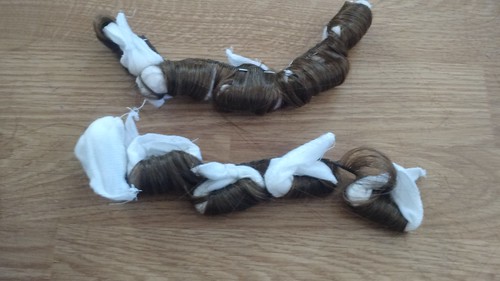 I also rolled two lengths of hair on pillow rollers. I boil set them in the same way as the sponge rollers. (Actually, I did this first with the intention of sewing them on the braid, but these curls ended up too big!) 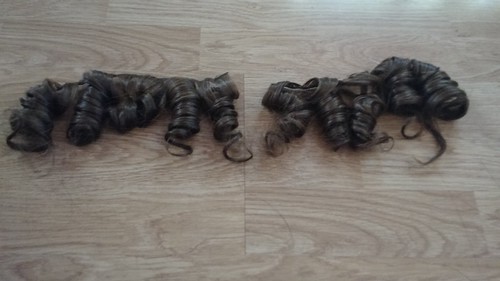 These curls were perfect add ins! To style my hair for the turban, I put my uncurled hair in a bun and attached the front hairpiece in the same manner as above. I then used bobby pins to pin in the extra curls. To wrap the turban (which is a shawl from Target), I pleated it slightly in my hand so it was about the size of my head, held it just above my left ear, draped it over my head to my right ear, twisted it, wrapped it around my head a few times, tucked the loose end in, and pinned it into place. It was really quite simple!

I am very pleased to now have a Regency hairstyle that not only am I happy with the way it looks, but is very, very easy to do!

Posted by Katherine Caron-Greig at 5:09 PM