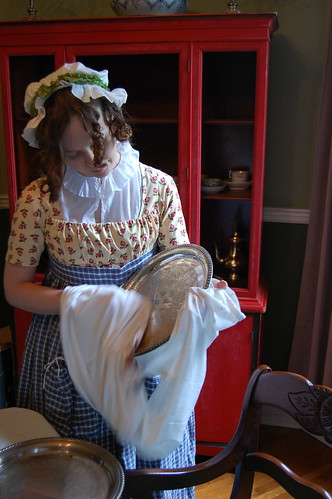 Even though the majority of my costuming wardrobe seems to be at the more formal end of things, my favorite historic clothes really are the more everyday variety. However, most events I go to don't really work for that, so when I was going to help with prep for Aubry's Regency weekend, I had to make something for it!

The result was a cotton shortgown with a wool petticoat, worn over a chemisette (from Patterns of Fashion, 1790s stays, a strapped petticoat, and chemise, and with a linen cap from the Kannik's Korner pattern, apron detailed here, and red mules from Burnely and Trowbridge. 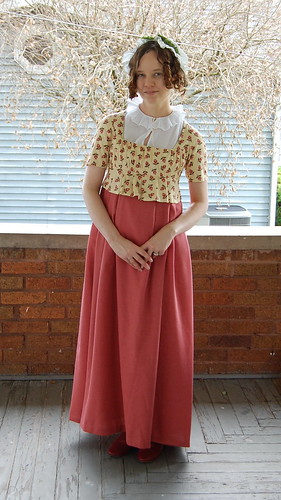 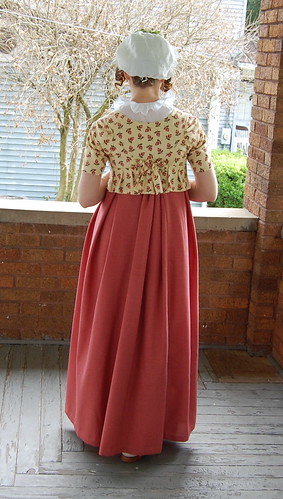 The construction of the shortgown is described in detail here, so I won't go into the details here. The short version--it's cotton lined with linen with flaps that pin over the bust and a bib that pins shut, and worn over a bodiced petticoat. 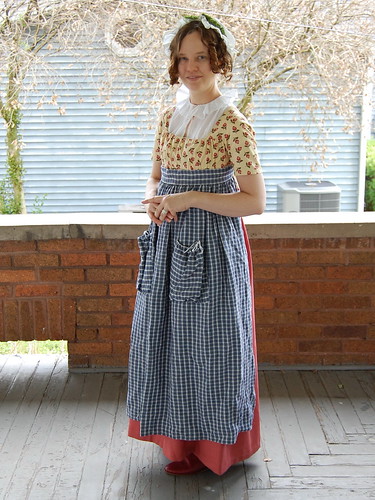 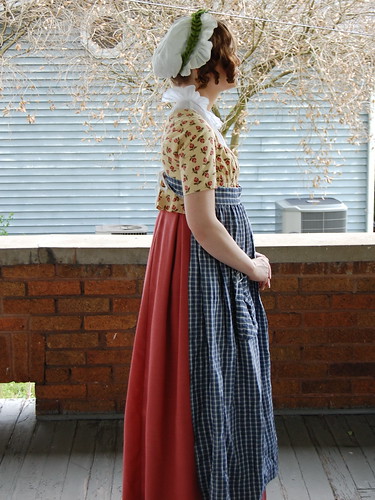 When worn with the apron, the three buttons on the back waist of the shortgown held the apron up. I initially pinned it in front as well, but when I put the apron back on after pictures, left it unpinned and it stayed up nicely on its own. 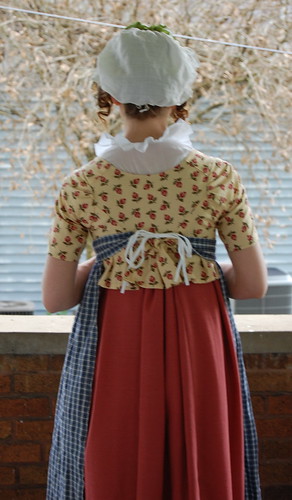 The buttons really worked to keep the apron from slipping. It was quite nice :) 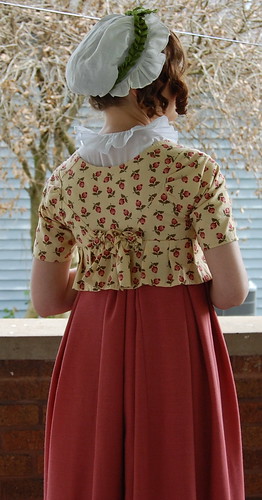 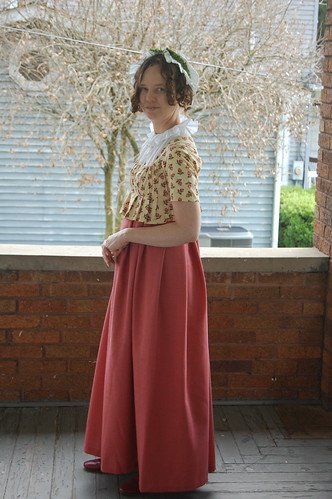 It was extremely comfortable, and the perfect outfit for helping out in!

Posted by Katherine Caron-Greig at 2:23 PM