Wrong. I fell in love with this striped tennis, seaside, etc. dress at the Met.

The original dress is unlined except for the center back and made of corded cotton. The striped fabric extends past the waist and forms a little peplum of sorts. It now has a purple silk collar that was originally blue. It hooks closed on the left side.

The skirt has a built in bustle and hooks onto the bodice.

Though I was using a lighter weight cotton, I decided to leave mine unlined. I also used purple silk for the collar--in part because I had already bought the silk when I found out, and in part because I liked it so much. I also decided on a separate bustle because I prefer wearing a separate one to a built in bustle, and both are accurate for the era.

On to construction! I took fewer pictures than I should have, but there are so many similarities to the spotty dress. I tend to take fewer pictures when I've done something before. 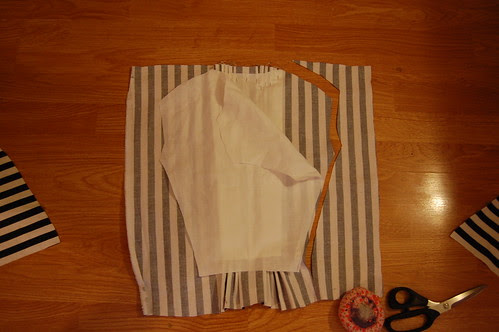 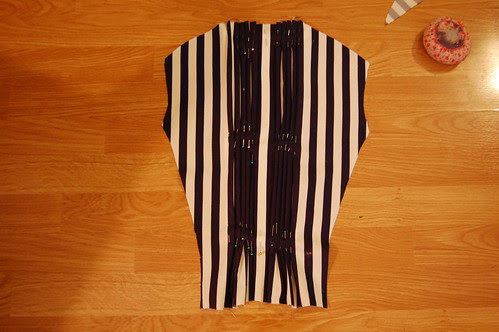 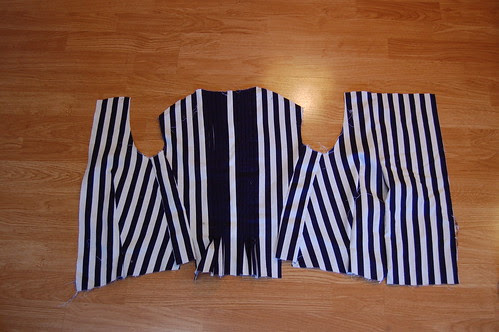 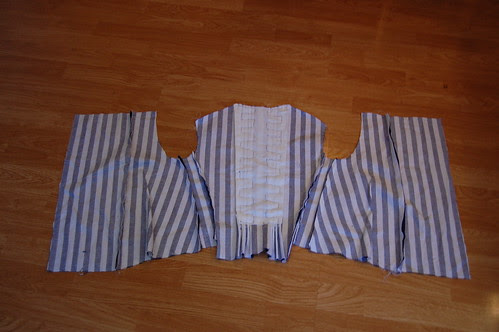 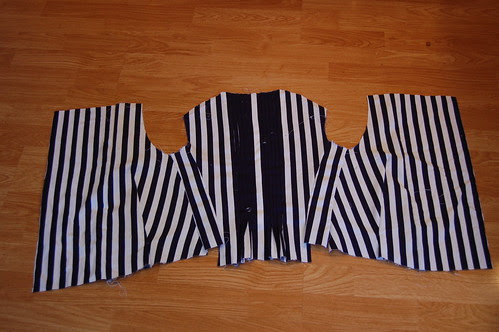 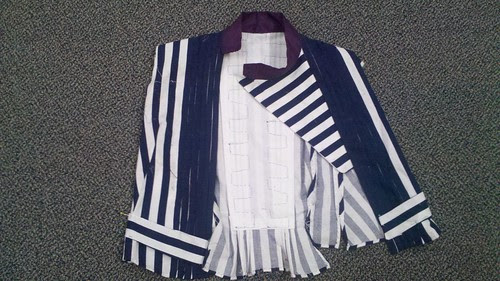 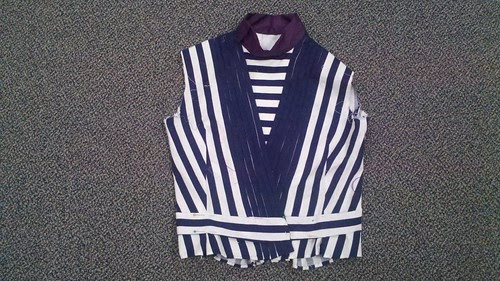 And here we have a fairly large jump in construction. The front panels were pleated, shoulder seams sewn, the collar sewn over all the layers, and plastron sewn in. The waistband was sewn at waist level. 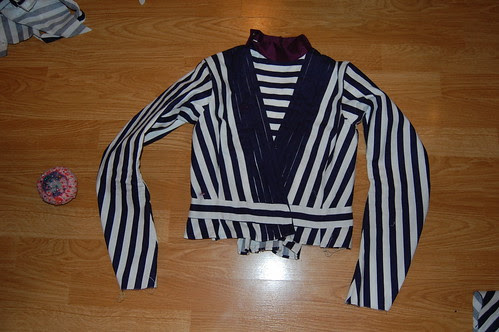 The sleeves were then sewn in, and now, it needed cuffs. Although the original had the cuff bands pointing in different directions, I decided to make mine match. 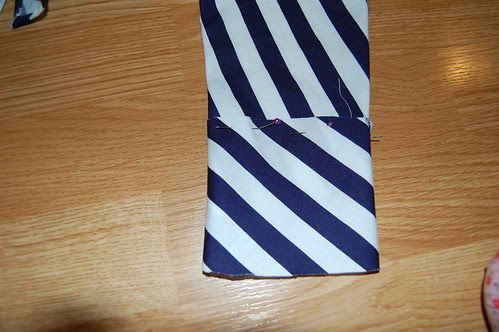 First, the cuff is bound with a wide bias band. 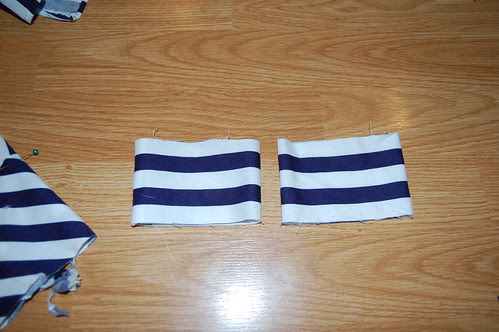 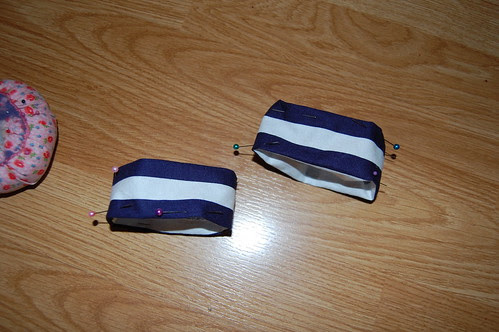 Then I made bands to put over the join in the cuff. 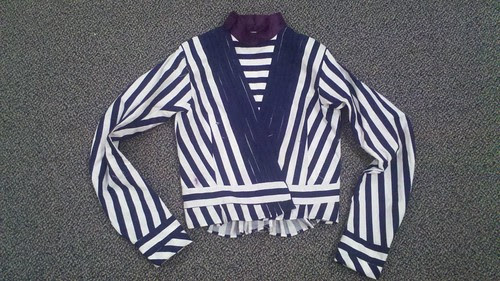 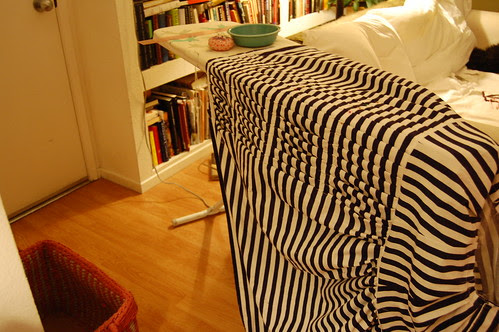 And for fun, pleating the skirt. I made the skirt portion three times the yoke so it would be easy to pleat. I ended up not using the ruler to do the pleats, but rather following threads to mark each pleat. It ended up being more accurate!

And that's the basic construction of this dress!

Posted by Katherine Caron-Greig at 3:05 PM