So now, some details and a little explanation of my robe de style! 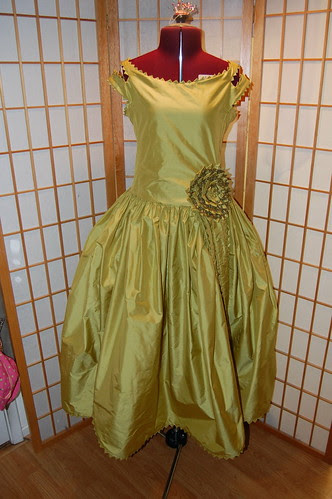 For reference, the completed dress!
My favorite eras lately seem to have been bouncing back between 1920s and Regency, two so called easy eras. And while on the surface, I suppose they are, it's the detail in both that appeals to me. It's the small things--things often lacking on the bigger, showier dresses. And completely why I like these two eras so much. 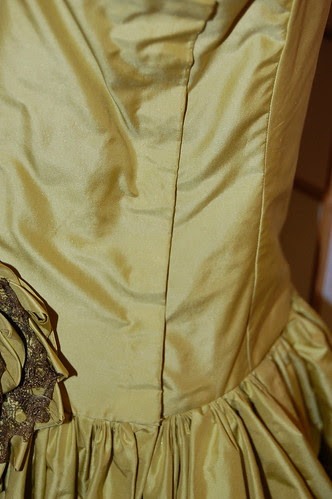 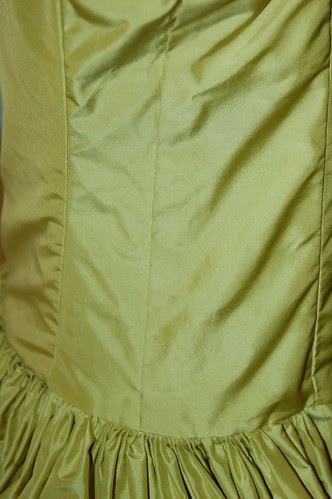 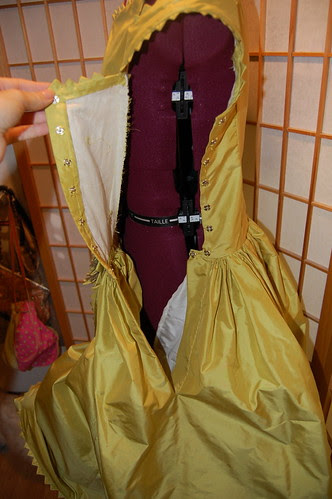 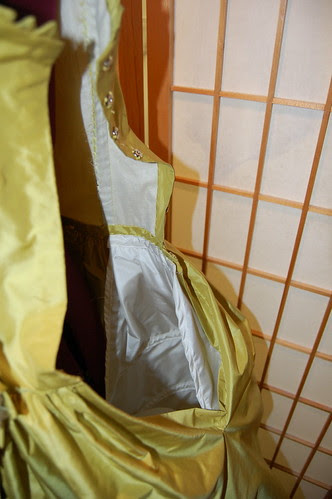 And here's the placket open. I had to take educated guesses as to what was going on inside the dress. Fortunately, the dress on the cover of Lanvin showed pocket hoops sewn to the dress, and I found a dress on eBay showing the hoops. I made a slight extension of the skirt placket which snapped into place and has the hoop sewn to it. Also, if you look carefully, you can see I sewed the placket on wrong side out. Oops. Did you see my other post where I said I'm not a perfectionist? 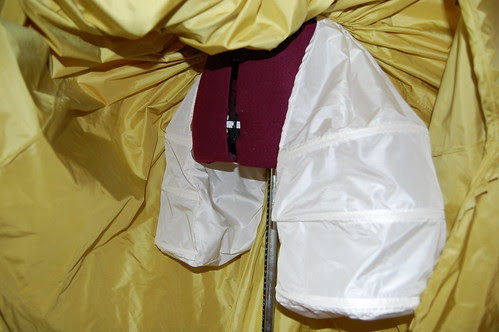 And here are the hoops. They're silk taffeta and boned with artificial whalebone. Or is it German boning? It's the solid white one that only the Canadian Farthingales site seems to sell. I love that stuff! They're simply scaled down from the Corsets and Crinolines side hoops. 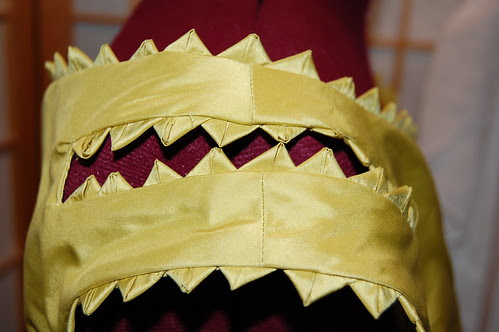 The shoulder was a little stressful to do. I cut slits with angled slits at the end, sewed the trim right side to right side, and flipped it back. The slits actually affected the fit, as the straps sat differently on my shoulders after that. 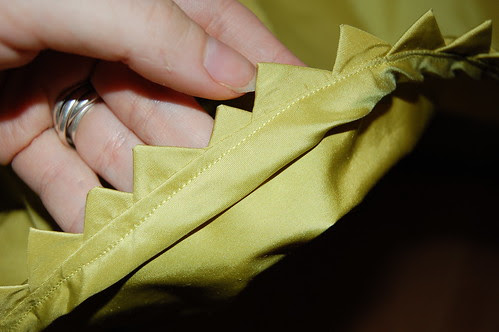 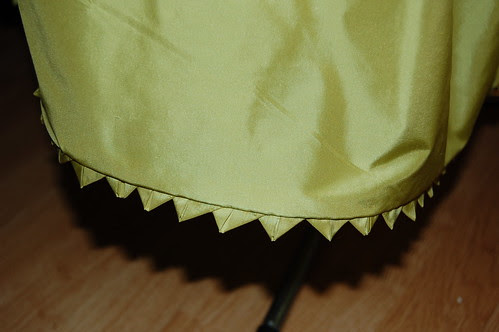 I love the hem--or rather lack of hem. Trim is sandwiched between bias and the hem, then the bias binds the raw edge and the trim is pressed down. Amazingly, it stays. It's deceptively heavy, and that makes quite a difference! I made note of this hem style in the notes I took while studying the dress. 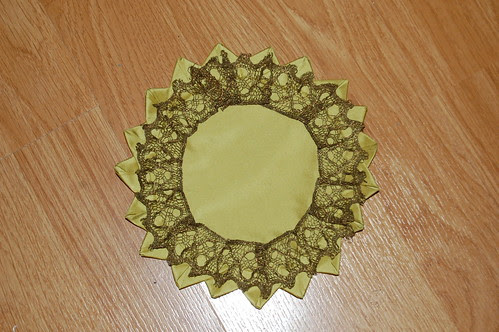 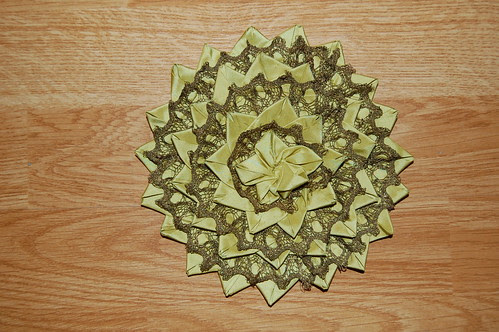 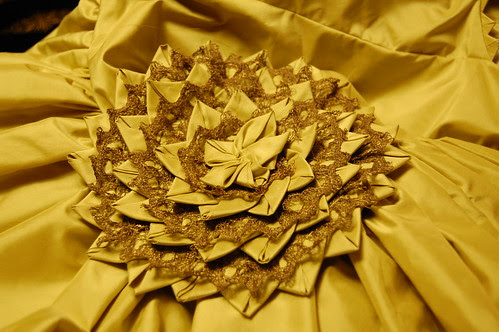 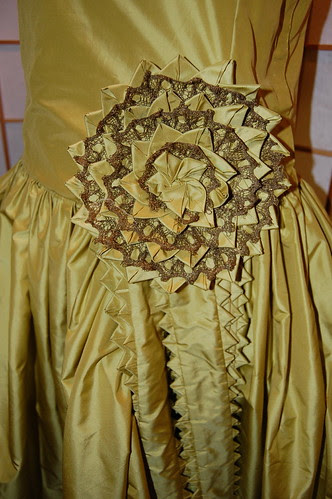 The streamers are made like this--I sandwiched the trim between two plain strips of silk on one side, then sewed the trim to just one side of the silk on the bottom and the other side, then I flipped that side over and hand whipped it down, so I wouldn't have to turn thick, spiky tubes of fabric. Much easier than turning tubes!

The rosette was made of layers of triangle trim and vintage metallic lace from The Ribbon Store. Much simpler than it looked! 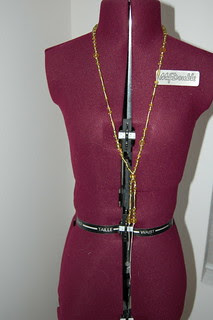 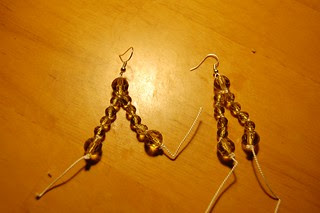 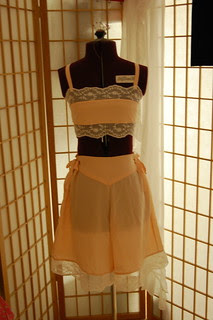 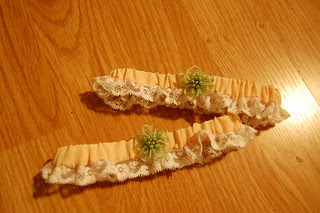 For accessories, I made a matching necklace and earrings (no other color would remotely go with this!) based on one I saw on eBay, and I wore it over the above undies.

Posted by Katherine Caron-Greig at 5:19 PM