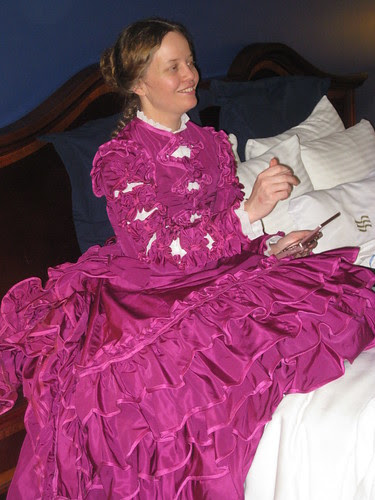 Doesn't everyone play Raving Rabbids on their Nintendo DS in costume? Today, it would be Angry Birds though...

Many years ago, when Nineteenth Century Fashion in Detail first came out, I showed it to my mom, and she asked if I would be able to make the dress on the cover. Of course! I said (I may be a *little* overconfident when it comes to sewing sometimes), but I'd never be able to find the fabric. Well, not long after I was looking for something completely different at Fashion Fabrics Club, and there it was, the exact fabric for this dress. So, I ordered 16 1/2 yards, and decided that yes, I definitely could make this dress!

First, I made an evening version, seen here on my website.

Then, the day version. Not the version on the cover, but rather the version inside the book, with tons of puffings and bias and so many fun details. This might be the costume I'm proudest of--it's certainly the most detailed and complicated as far as trimming goes! Sadly, I've only worn it for a few hours. I must remedy that! I'd also like better pictures. I didn't have my dSLR then! But it's long overdue that I give this costume a home on the internet! I wore it to Costume Con in Baltimore in 2009, so a little over three years ago now. 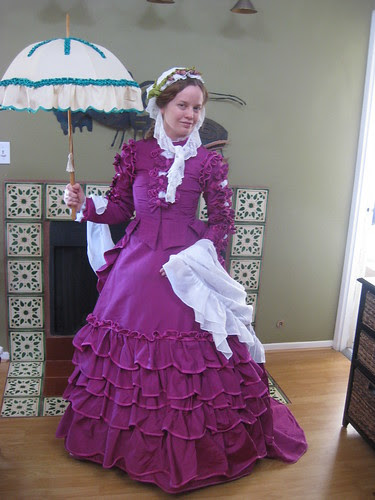 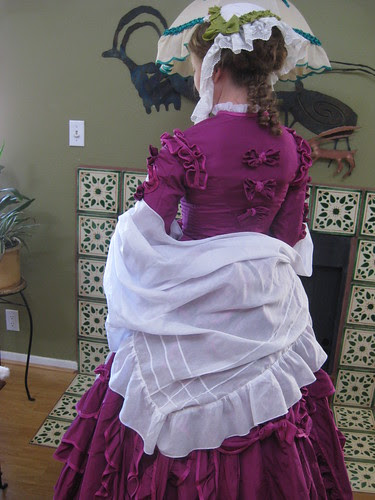 I somehow don't have a full posed picture of the back! So unlike me!

So, the basics of the dress. I'm wearing it over my 1863 Mina Sebille corset, my Laughing Moon elliptical hoop, an over and under petticoat, chemise and drawers. Not necessarily in that order! The bodice is lined with several different colors of polished cotton. White behind the net puffings, and I think two colors of brown elsewhere. The bodice is unboned--since it's extremely thick with the netting and heavy silk faille this wast completely unneeded. Many Victorian bodices are unboned anyway, so it was correct too. The skirt is unlined, except for a hem facing. 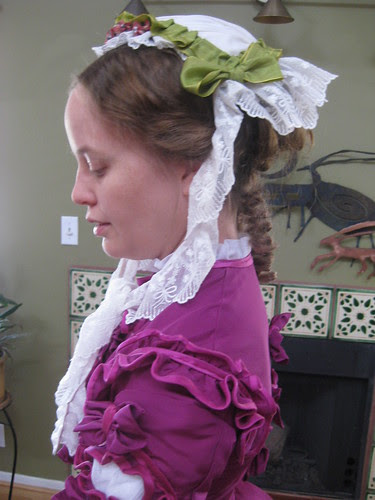 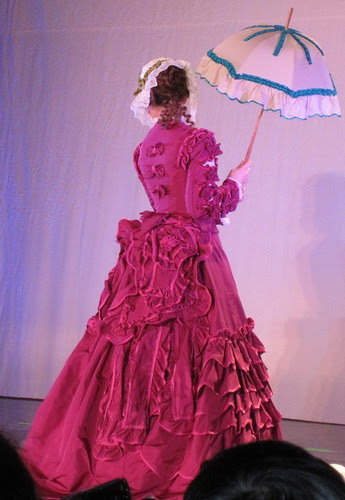 I covered an antique parasol frame (photoset here) with raw silk and silk charmeuse based on one in the MFA, made a sheer muslin triangular shawl, and a fanchon bonnet. The bonnet is based on period examples, but completely my own invention construction wise. It involves wet buckram draped over a styrofoam head, shaped into a crescent sort of thing and trimmed to death. I quite like it :) 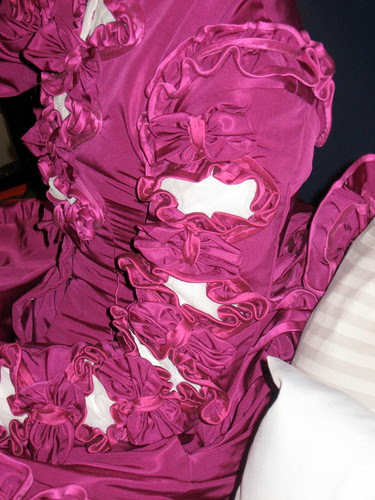 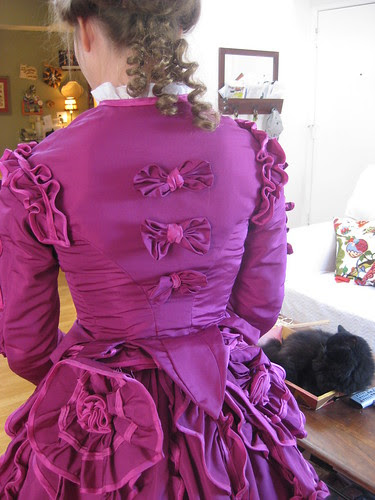 The dress is covered in bows. These are a little different in style than the ones on the original as I couldn't quite work those out. I described how I made these bows here. 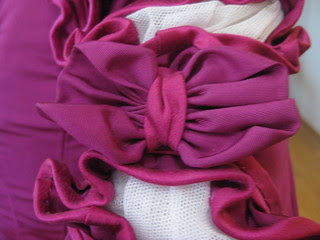 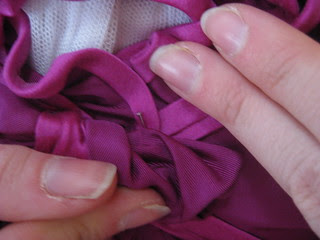 A close up of the bow, and how I helped them stay in place on the bodice--pins. They were so thick they wanted to pop up, so I pinned them in place. Pinning is period! 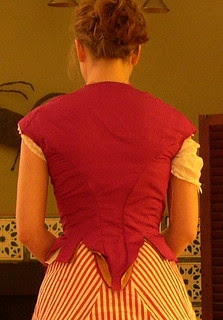 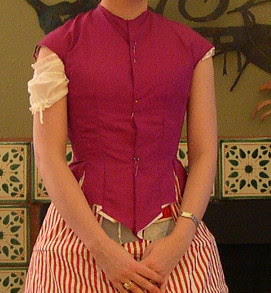 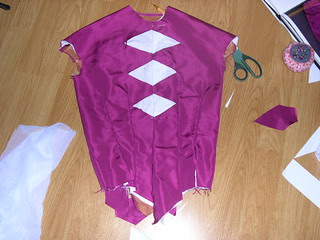 Most of the construction is really straightforward. It just has a lot of trim! To make the cutouts though, first, I made the bodice normally. Then I played around with diamond cut outs of paper to see what size would look good, traced them, and cut them. Then I gathered netting to put below, and finished the raw edges by sewing bias tape over each side. 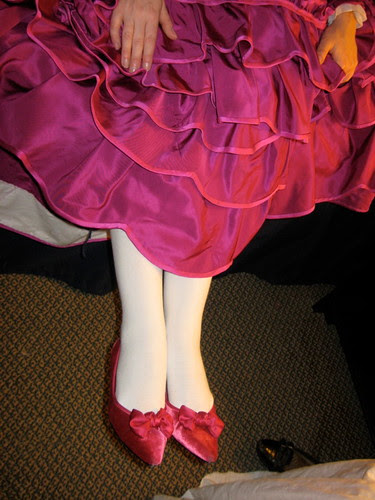 And, to end, shoes. Because these shoes are not only awesome, but I think were 99 cents on eBay. Possibly $1.99. I just love them, and could they be more perfect for this dress?

Posted by Katherine Caron-Greig at 10:58 PM