Now that the Epic Williamsburg vacation is over (sigh), I have many updates! For now, they are of the 'look at me' variety, but each and every costume has a tutorial of some sort forthcoming. For this dress, it's sleeve ruffles and the blue silk cloak. Enough of that though, on to the dress! 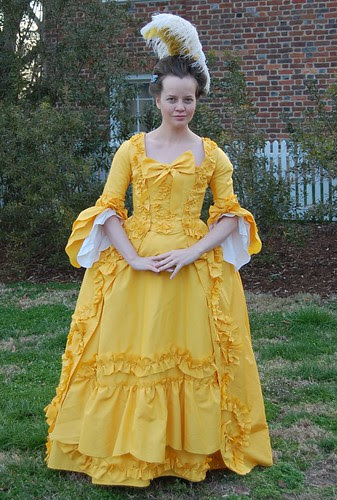 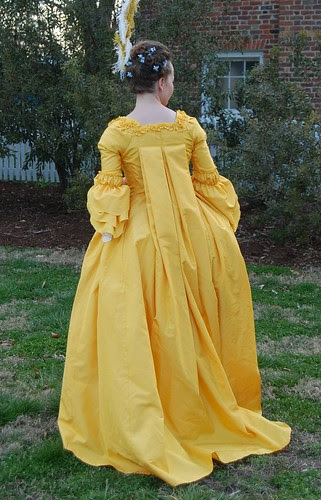 I wore the dress twice. First to the theatre to see The Walking Statue, or The Devil in the Wine Cellar, and then to dinner at the King's Arms. 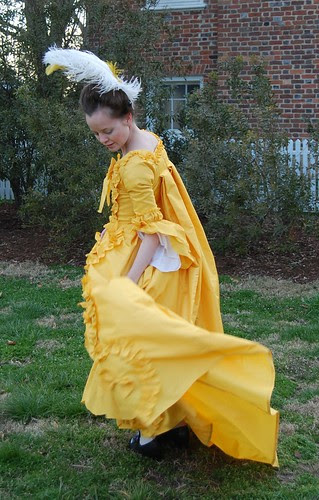 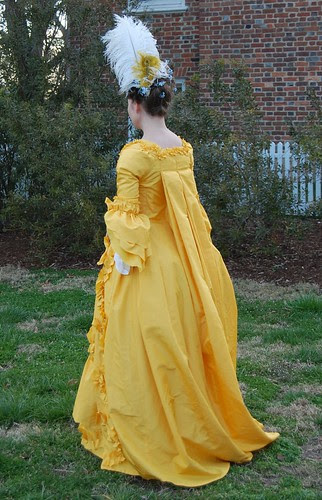 On the agenda for next time--bigger sleeve flounces. I hit The Wall before the trip and finished a pinball and started a knitted pineapple instead :) 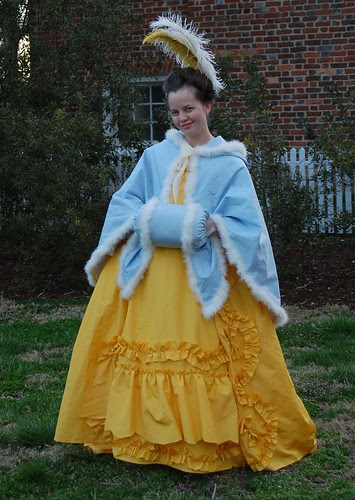 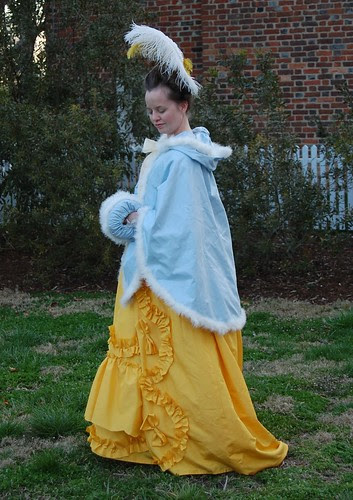 I was very happy that it was cool enough to wear it with accessories! The hotel costuming I usually do just doesn't lend itself to that! The cloak is silk taffeta lined with China silk and interlined with not period but inexpensive and not overly warm the way wool would have been cotton flannel. It's trimmed with marabou leftover from my pink and green court dress. The tutorial for the muff is here and the muff cover is here. 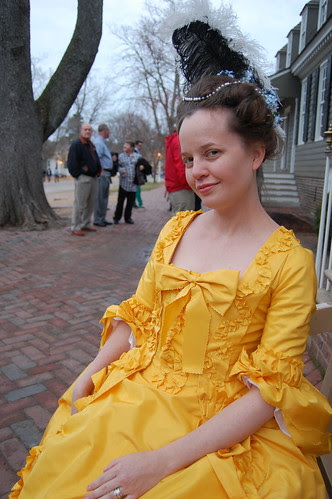 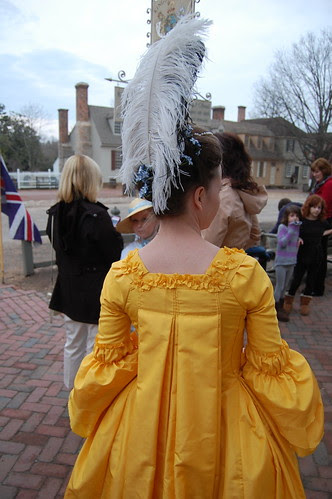 My hair is really quite simple. It thankfully teased, which it often refuses to do. I just set it in sponge rollers, teased most of the middle section, pulled up the back, stuck in a rat made of fake hair, and smoothed the front over it, then had a friend stick things in the back to cover any wonkiness. 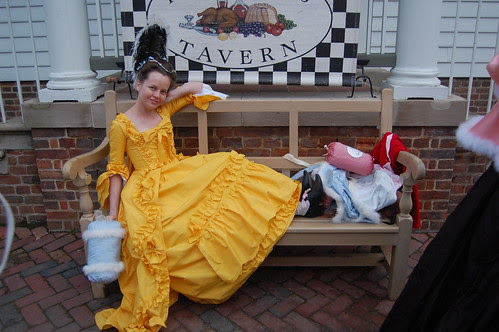 I'm glad that after having the fabric for I think about 10 years (I bought it after my first or second Costume College!), I finally made it! I'm also glad that I didn't make it so long ago, as it is a better dress than I would've been capable of then :)

Here's my Live Journal tag about the dress. It includes a few construction pictures. I essentially made this dress in four days. Counting the lining, it was five; however, if you consider that I made the lining for my Virginia cloth anglaise the day I started this and it's essentially the same lining...
Posted by Katherine Caron-Greig at 11:35 AM 27 comments: