From 6 April--I used my pleated organdy for this, of course, seen in this post. My first attempt made a pretty collar that looked awful on me. The next post shows how I fixed that. You can see the difference in the dressform pictures! The last line of this post includes the epiphany from staring at it too long :) 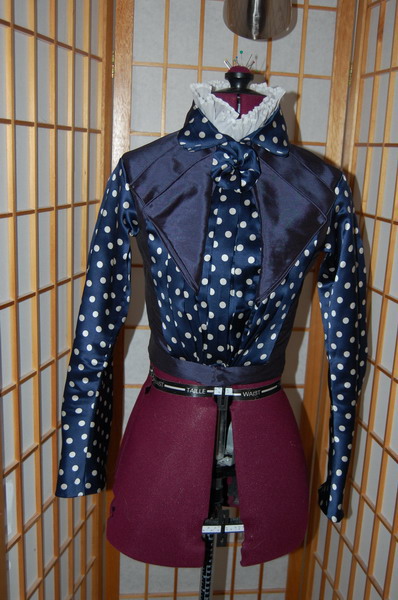 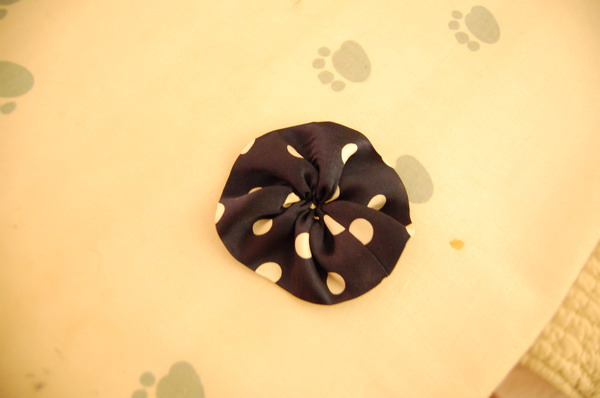 From back. It has a single layer of organdy down the middle. 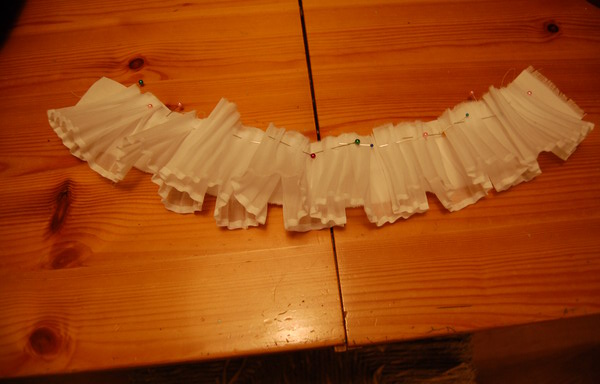 The collar is just box pleated to a band. Here's attempt one--too long. I had to slope in the fronts. It looked really bad on. 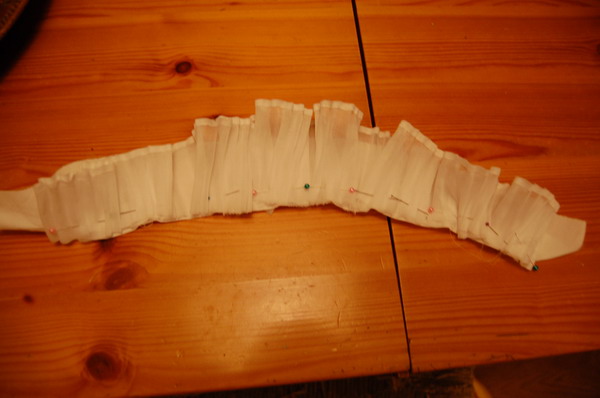 With the sloped in fronts, and eventually how it looked. 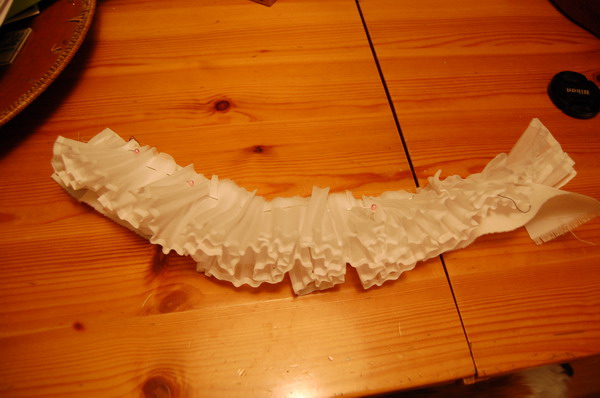 It was SO pretty like this! Unfortunately, it somehow pushed everything up on my face and made me look like a frog, so no. Single layer even though it's not as full as theirs. I'm still going to have to be sure to hold my head high for this to look right! It's also more vertical than theirs--more ruffle and less ruff like, but that's something I think has a lot to do with modern versus period fabrics. I don't think period organdy was always as stiff as ours is. I have a feeling that their faces are pushing the fabric down, not the fabric pushing the faces up the way it did on me :)

One last thing--I just looked at it and had an idea. what if you sort of hinge the pleated collar over the collar and tack it down so it sticks out? I must try this!

My idea worked! I took the collar off the band, repleated it to a new, longer, slightly shaped band (to match the collar--it's still a straight of grain strip), added the second layer (yay! Plus, these pleats are strong--I've put them through so much abuse!), and folded the pleats down so they'd stick out horizontally. And no more frog face! 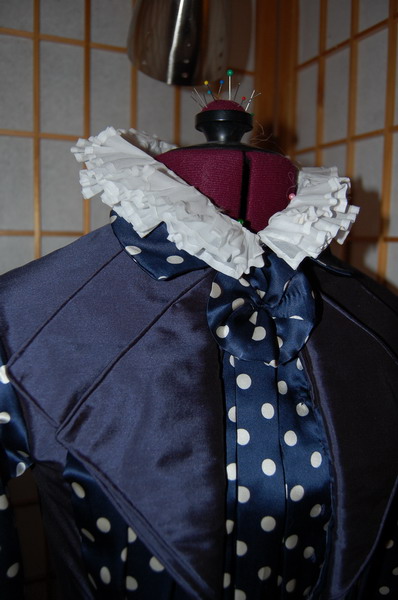 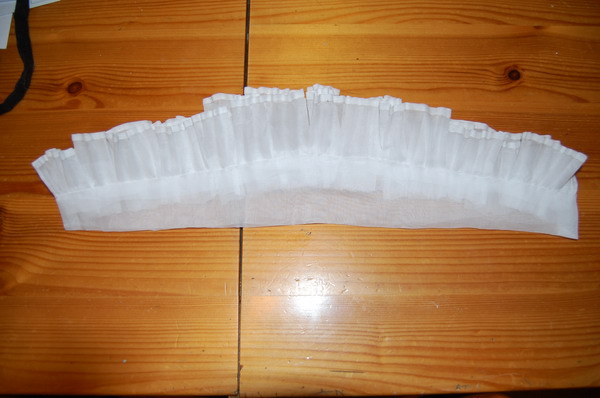 The new, shaped collar. Of course when I was done I found the back was too long so I had to shorten it. That was fun. Undo each layer and pull the collar down a bit. I didn't cut it, just made the seam allowance longer. 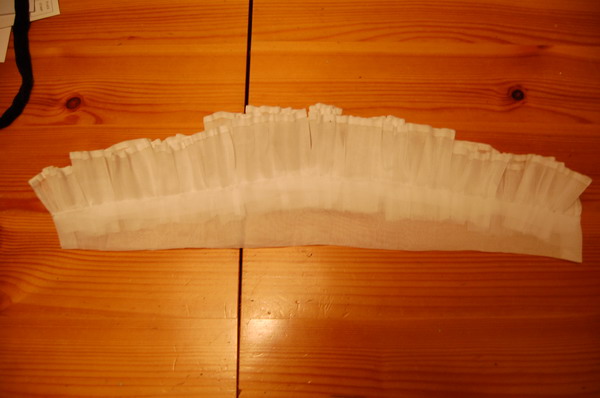 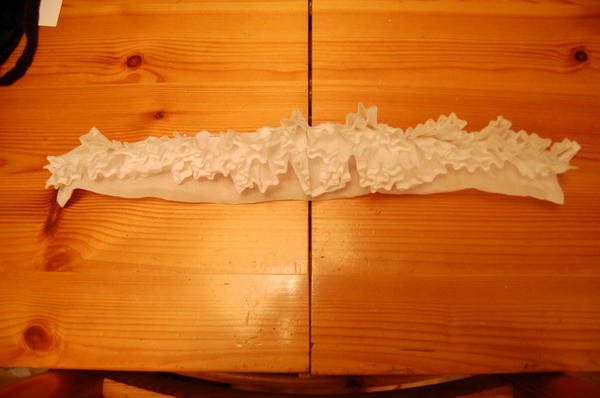 The pinned down pleats. 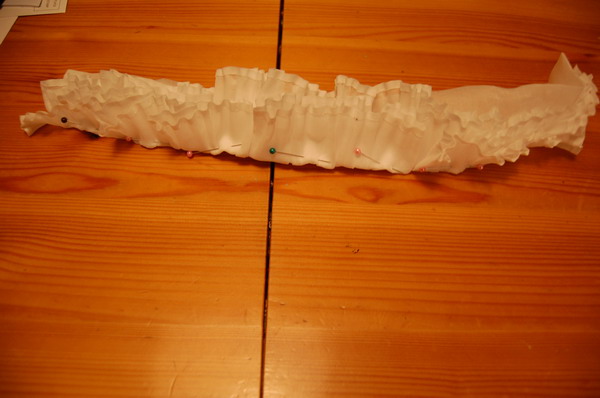 On the other side. Just the pleats are pinned--not the band. 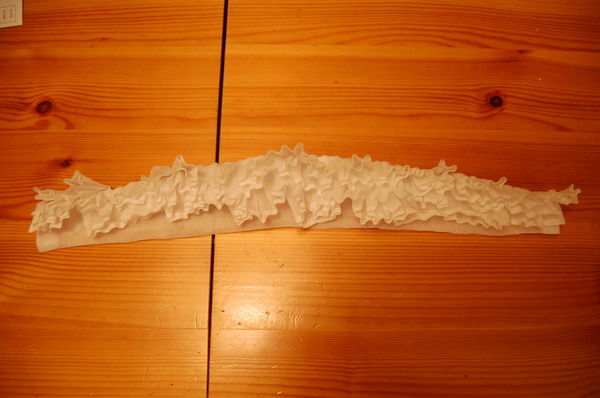 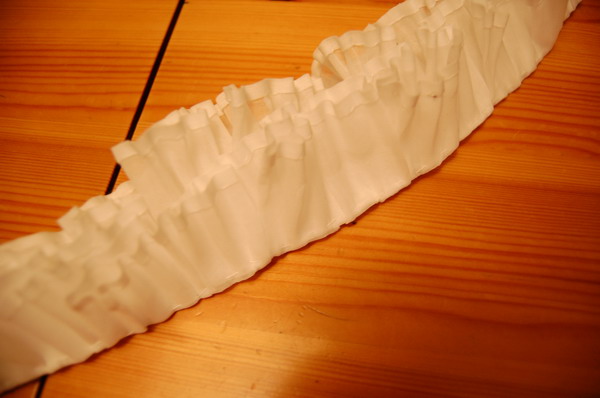 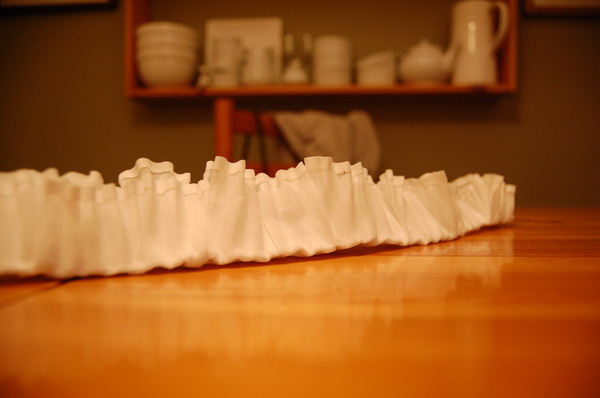 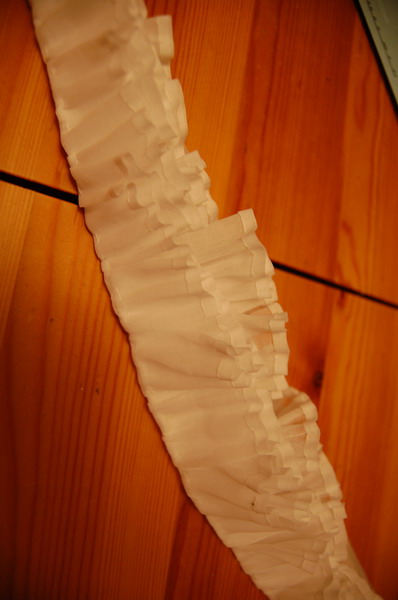 Posted by Katherine Caron-Greig at 3:02 PM