In Part Three, we got up to the sleeves. I'm not going to go into too much detail on the sleeves here, instead:

Here's my rather long sleeve tutorial! 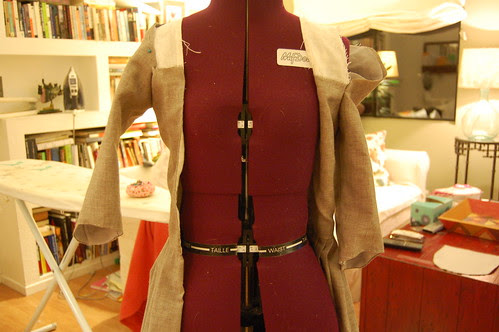 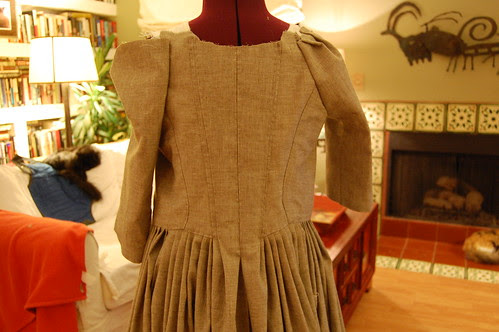 Here's the bodice with the sleeves half done. Long story short, sew the underarms from the corner to the top of the shoulder strap seam on the front, pleat the top to fit, sew top into place, neaten the inside, et voila, a sleeve! Explained much more in depth in the above linked tutorial, of course! 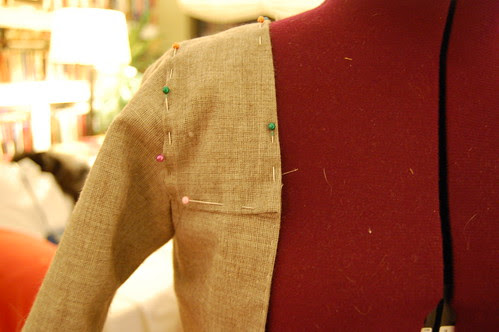 The next step is optional, and also explained more in depth in the sleeve tutorial. You can cover the exposed lining with robings, but I wanted narrower robings than would cover the strap, so covering the strap with fabric it was! 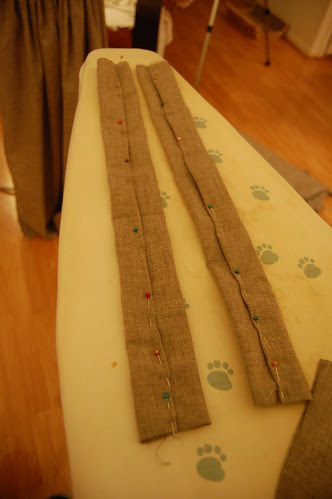 The robings themselves are quite easy. Make two tubes of fabric the width you want and slightly longer than the edge of the bodice bottom to the back shoulder strap seam. Sew it shut, and tuck the ends under one one end and hem it. This end will be the front. Leave the other end unhemmed. 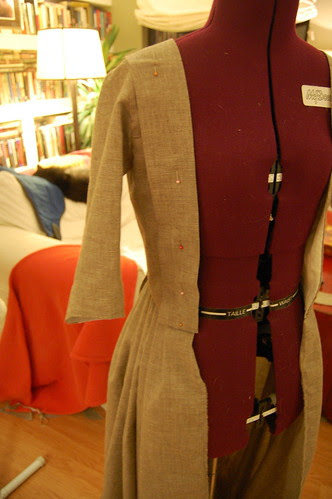 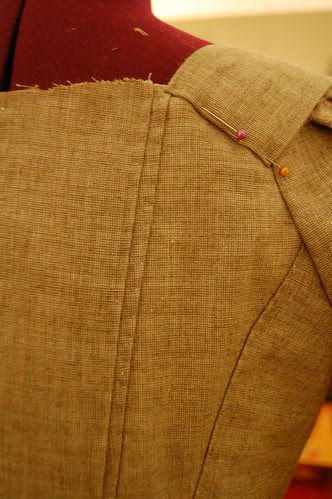 Starting at the front edge, pin the robing into place. I like to let it hang a little past the bodice edge. Keep pinning over the shoulder, and when you get to the back shoulder seam, tuck it underneath. And that's it! Well, as far as pinning it on, anyway :) 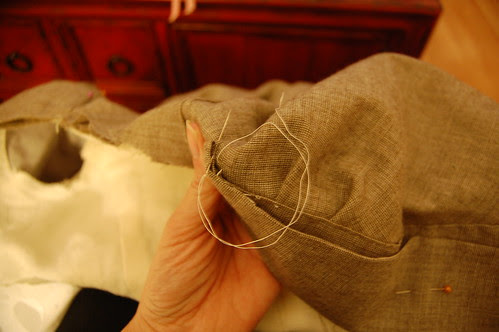 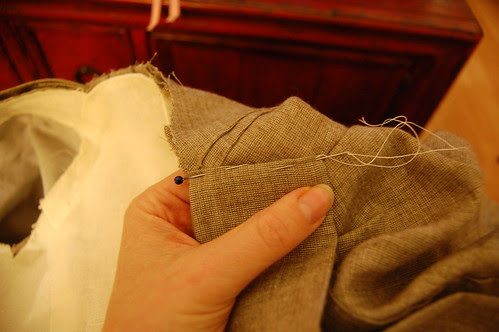 As far as sewing them on, I made this way up. I haven't seen an original, sadly, so can't confirm if this is right, but it looks good! 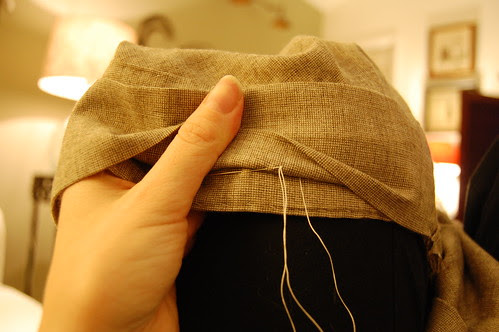 For the front of the robing, I lifted it and did a large sort of loose running stitch that would just barely hold it in place. I wanted to avoid the glued down look. It's about three-quarters of an inch in to leave place to pin the dress shut. I sewed across the middle of the bottom edge as well. 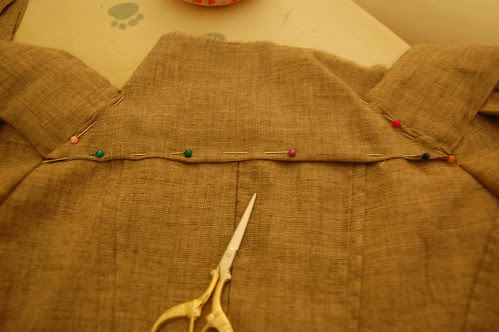 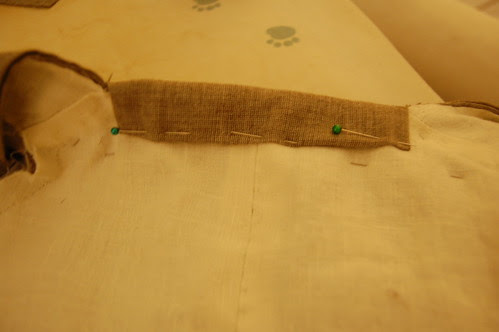 And next we have the back binding, explained more in depth here, at my francaise tutorial.

For the stomacher, I just traced my chocolate francaise stomacher. Tutorial on how I made that here!

I haven't made the petticoat yet, but I'll make it using this method from my website. Without leveling it for pocket hoops, of course. It'll be even all around. 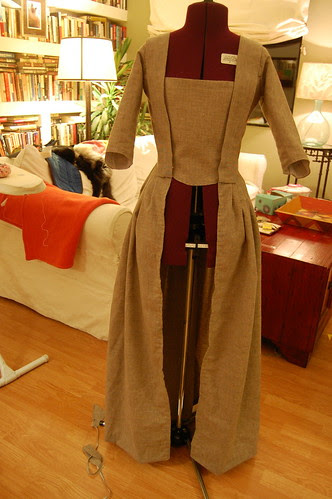 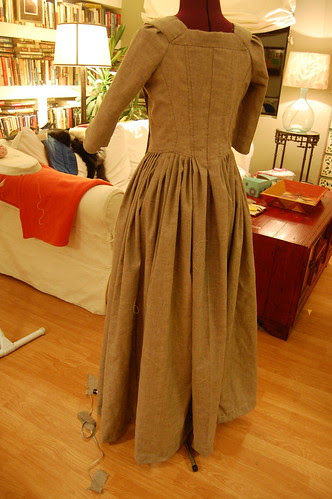 Posted by Katherine Caron-Greig at 3:53 PM