I just realized that I haven't posted pictures of the Parisian pet-en-l'air I wore on Friday of Under the Redcoat!

First, with the knitted pinball, of course :) 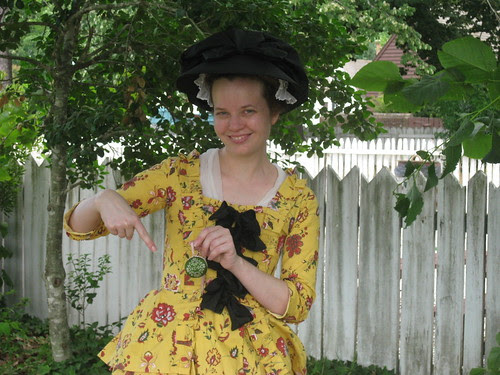 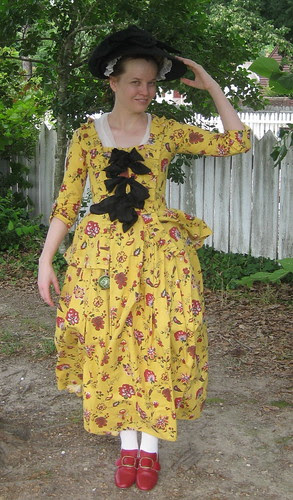 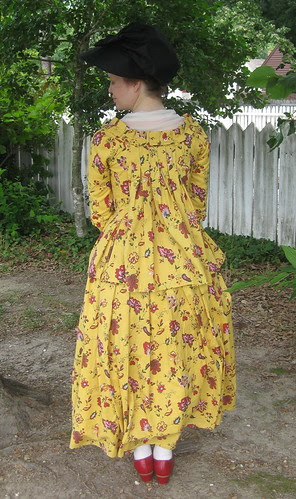 I'd like to get a few more detail shots eventually. The cuffs have a round of pleated trim and then are shaped at the bottom with a covered button and a cord.

And a few before trim pictures. 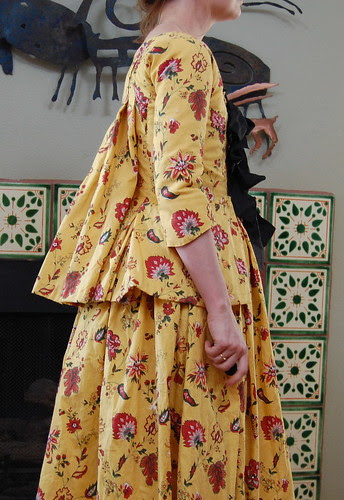 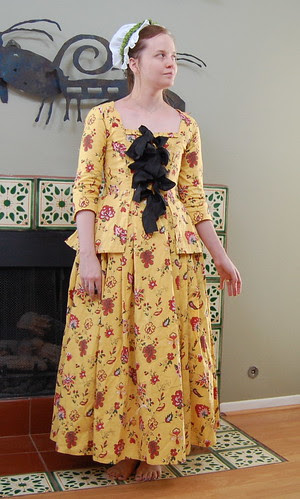 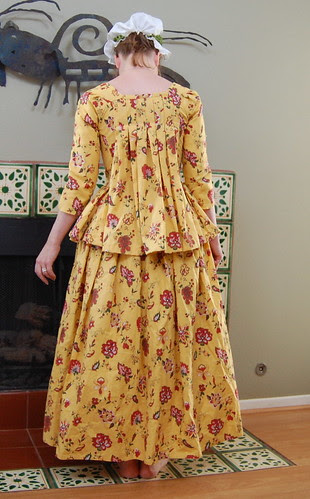 I used this pet-en-l'air from the Manchester Galleries as my inspiration. The fabric was bought in Paris in 2004. It's made over a fitted lining, using essentially the same techniques as the chocolate francaise. This doesn't have robings though, so I lined up the front edge to the lining and hemmed it.

I'm wearing it over a shift, 1770s stays, stockings, two linen under petticoats and my Burnley and Trowbridge shoes with William Booth Draper buckles. I had left my handkerchief at home, but fortunately had a length of silk gauze (that I wore in my hair with the Marie Antionette dress), which actually stayed better than the triangle pieces.

I did take pictures of making my black silk hat, though I claim no knowledge of how they made bonnets like this in the 18th century. The techniques I used are from 19th century bonnet patterns I've used. There will be a tutorial eventually :)

I didn't have the trim go all around the skirt--it's a slightly heavy cotton and I was worried it would disrupt the line of the pleats. The stomacher pins shut and the bows tie over it. This is different than the pet-en-l'air I copied; however, I wanted the bows to be more decorative and not have any gapping because the bows were sewn underneath. This happened with my Jacobean jacket, and I liked the effect there, but I didn't like the idea of it for this dress.
Posted by Katherine Caron-Greig at 5:52 PM