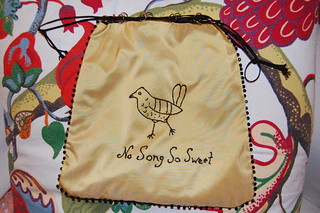 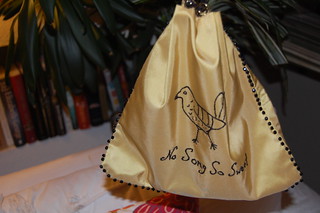 With Costume College looming, I thought it was time to turn my embroidered bird and motto from my transferring embroidery tutorial into a bag. It was a very quick little project with a very satisfying result!

The bag is very simple--it's lined and sewn with a French seam. 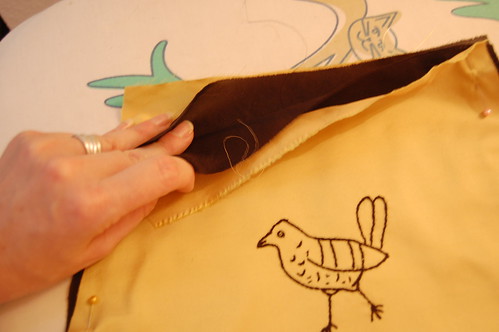 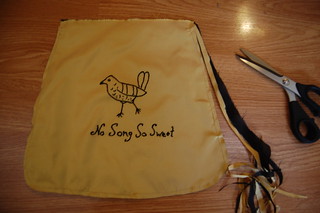 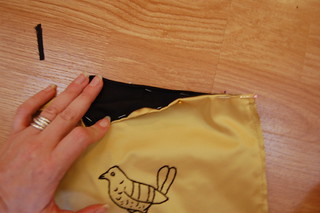 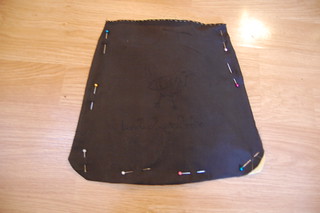 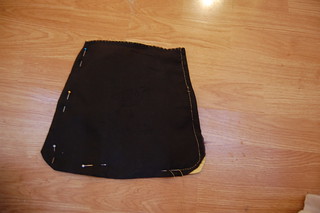 Now, turn the bag right side out. I then added metal rings to the top edge to run the drawstrings through. You could use eyelets or make a channel for the drawstrings too. To finish, I added a row of black glass beads to to the outside.

Even sewing by hand, this bag only took about two hours. Not including the embroidery, of course! Though that only took about an hour as well. It's nice to have quick projects sometimes, isn't it?
Posted by Katherine Caron-Greig at 6:15 PM