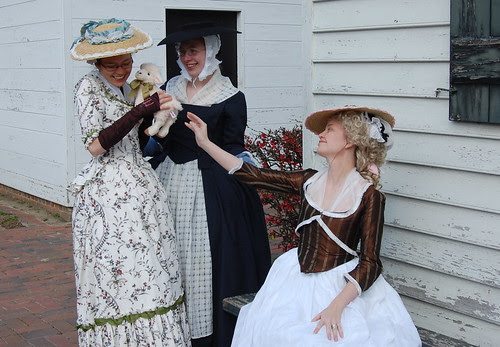 At long last, I thought I should share my last two Williamsburg outfits! They're both 1780s jackets. One is based on a brown striped pierrot jacket in the Kyoto Costume Institute, the other is a 1780s version of my 1790s brocade jacket

I have a tutorial for the brown jacket here and have one planned for the blue jacket. The blue jacket, while somewhat differently shaped, follows the construction of the 1790s jacket quite closely. 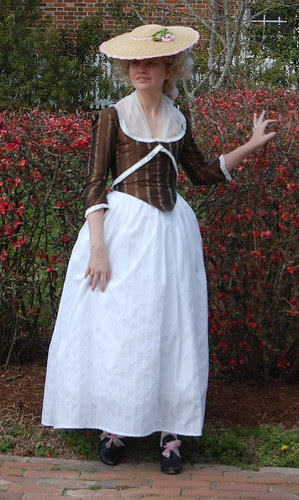 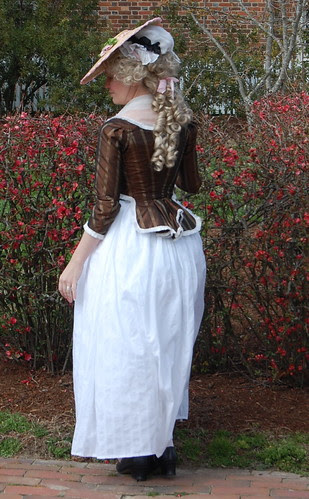 I'm wearing the jacket over 1780s stays, two plain petticoats, a bumpad, and a sheer striped petticoat. My wig is the Lacy Alonge. Later in the day, right after seeing a satirical engraving of a woman losing her wig in the wind, mine blew off. It was quite amusing and the timing was perfect. I was only using the combs inside the wig to hold it on, and the hat was pinned to the wig--perfect for picking up a strong breeze! 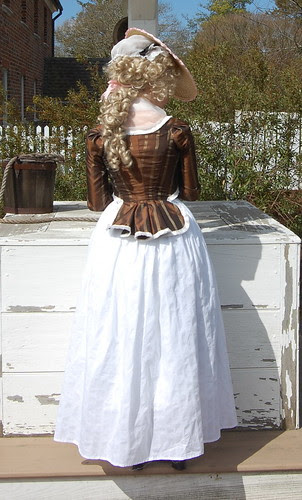 The brown silk is from Home Fabrics in the LA garment district. I bought it 6 or 7 years ago. The silk fringe I used to trim it is from eBay, and isn't available as I write this. 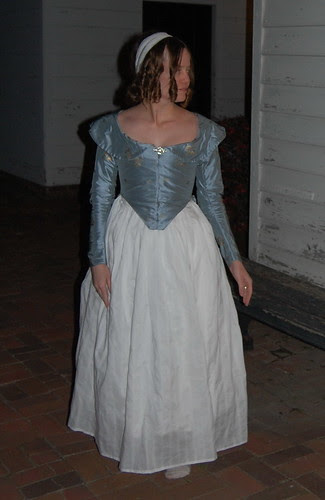 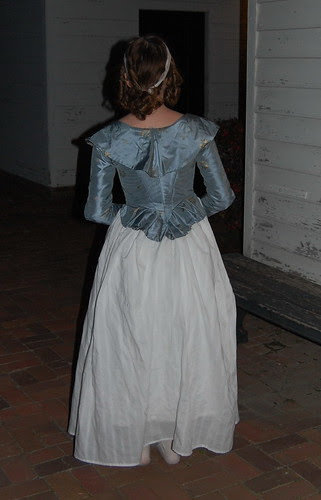 I'm not wearing this styled the way I had planned. I meant it as a day jacket, and was going to wear it with a fichu and wig, but after the wig blew off making me not want to deal with it (I already have hairline induced wig issues. I promise not to bore you with them, and I think I've bored my friends enough!) and I ended up wearing this at night, I became a little lazy! That's ok--I enjoyed wearing it in a more relaxed manner :) 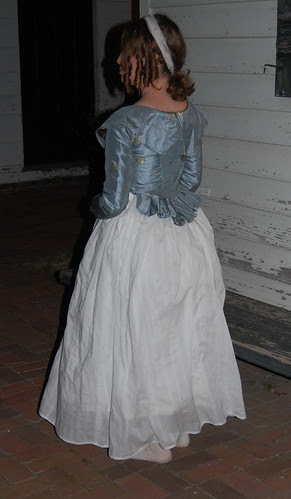 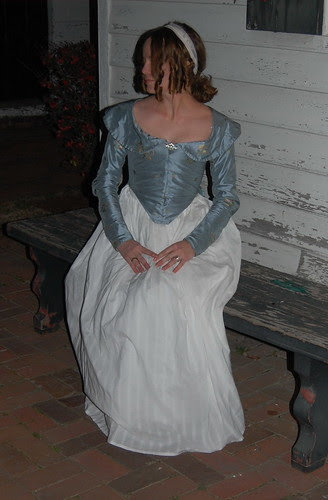 The jacket is made of a gorgeous silk taffeta brocade with the same flower design as my 1790s jacket, which unfortunately did not really want to work for this jacket. It was a little stiffer than it should've been for the peplum and collar. This is why I decided to leave off the planned trim. Oh well--plain shows the fabric off nicely! 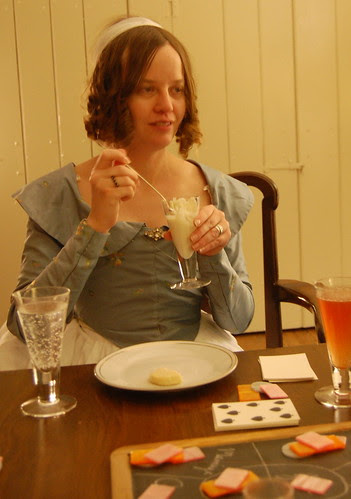 A slightly more true to life without the flash picture. And syllabub :)

Posted by Katherine Caron-Greig at 4:45 PM