So, what to do when your local Renaissance faire is about 100 degrees and it's not a faire that suggests authenticity? You make a 1950s sundress, of course! 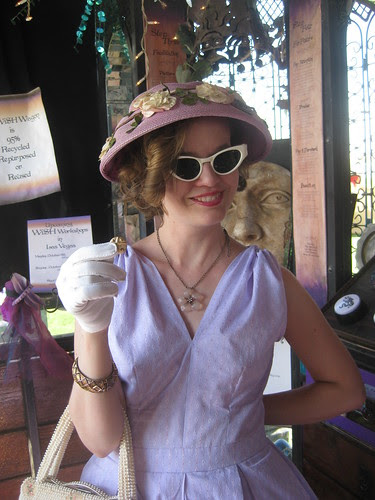 With my lucky hobbit button!

Also, We were quite pleased to seethe Guild of St. Ives this year! I wish we had more like them at our faire. 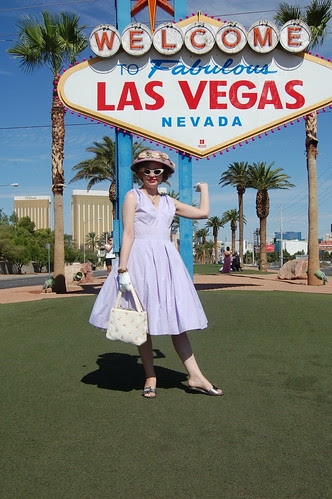 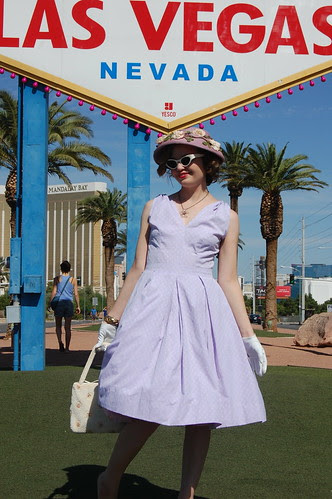 We started out pre faire with a picture that begged to be taken--so very 1959, well, except for the background. My dress is from a vintage Advance pattern that was really rather wonky. The shoulders needed about five inches taken out. Now, I know I'm small, but really! The adjustment also made me need a waistband, as I only took about four inches of fabric in the muslin (the shoulders are drawstring--I didn't take the inch or so that that lowered things into consideration), but since I really like the waistband, that's good. The skirt was supposed to be about 90 inches and gathered. Too small, for sure! I box pleated my three panel, about 135 inch skirt instead. I also changed the bodice tucks to darts, as the tucks were extremely unflattering.

The fabric is from my stash--I bought it from Farmhouse Fabrics years ago to make a Regency dressing gown. I still have quite a bit left, actually. It has purple and orange diamonds woven in.

I made the entire dress--fitting to done--in a day. I'm not quite sure what came over me! 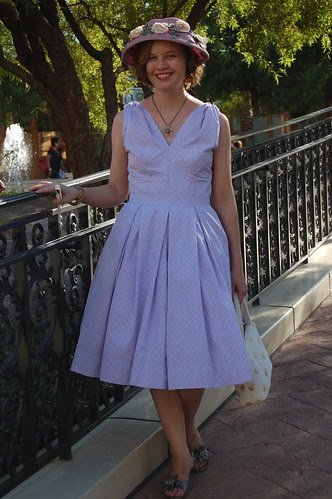 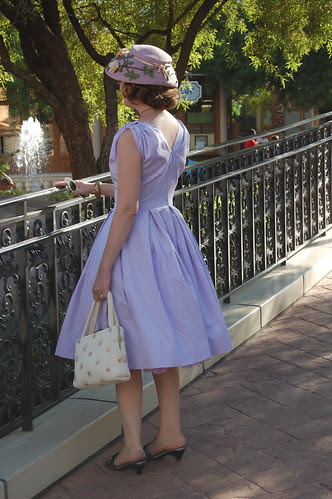 A few posed costume shot pictures. The accessories are all from Etsy, except the gloves--which I apparently forgot to put on after lunch--that were a gift from a friend. I had bought a pair of vintage shoes which ended up being much too small, so instead I wore modern ones that weren't right, but weren't glaringly wrong either! 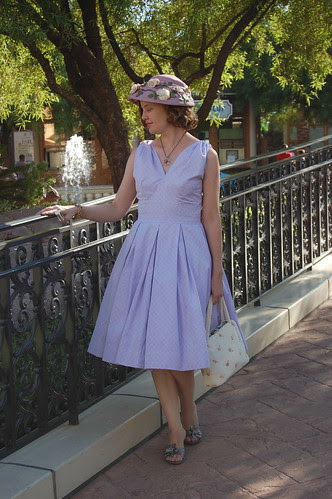 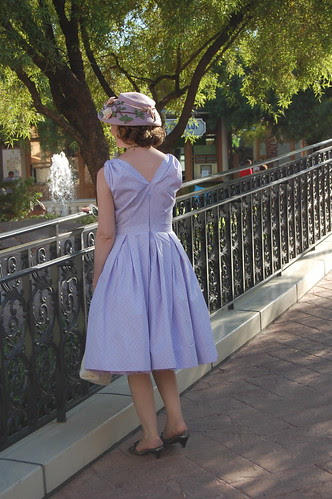 And a few more angles. 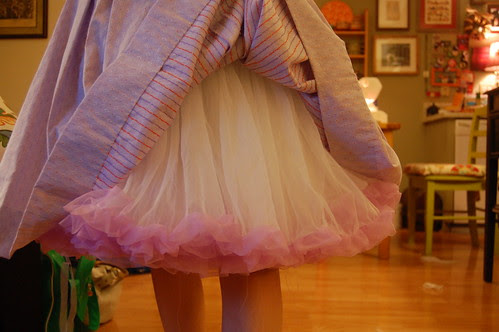 I'm wearing it over a petticoat from Twila's tutorial. Not only is it her tutorial, but she--thankfully--did about half the work and let me use her industrial machine. This is the only project that I haven't completely done myself. Quite a change! However, since we put in a combined total of about 23 hours of work, I'm rather thankful. I think my last authentic faire dress--a 1480s Florentine--took less than 23 hours total. I did do finishing work--the waistband and upper yoke--on my wonky tension machine, but as that was stretch stitch, gathering, and a double sewn seam, all was good.

My petticoat is slightly different than the tutorial, it's 6 not doubled ruffles into six yokes, which are then sewn to one yoke to decrease waist bulk. The top yoke was a piece of fabric about 8 inches deep, sewn right side to the six yokes then flipped over and sewn like a waistband, so the top edge was a fold. That encased the yokes and made a fold at top to gather to the waistband--much easier than gathering the slimy, rolly fabric again! 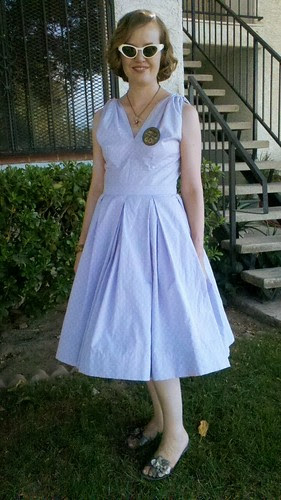 I was quite disappointed when I got home that I didn't wear my John F. Kennedy--The Man for the 60s campaign button I have. I did wear it to do volunteer data entry/voter registration/commit to vote cards later that night though, and it was a big hit in the OFA office, so not all is lost! 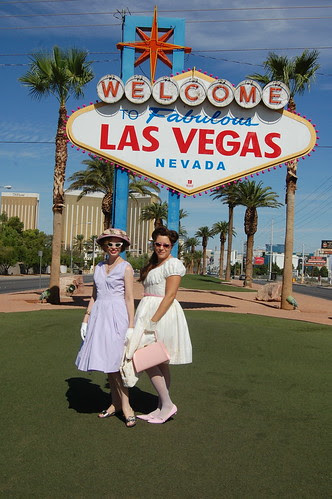 LJ tag for the project here!
Posted by Katherine Caron-Greig at 12:22 PM