First, a note about the overskirt. I took almost no pictures, actually, I don't think I took any until I was done. I'll briefly summarize. The front piece is a rounded trapezoid, and the back a long rectangle. I pleated the edges of the trapezoid and sewed them to the long rectangle, leaving a the seam open on the left side for a placket. The rectangle is faced with spotty silk, since both sides show. The whole thing is lined with Egyptian cotton. The closure is hidden in a side seam pleat. The back is gathered and cotton tapes pull it up into puffs. Not terribly helpful, I'm afraid!

11 April 2011--In which I finish the spotty bodice, and breathe a huge sigh of relief :) My cuffs are a little different than the original. I believe the original was doubled. Mine isn't. Why? One more inch of fabric and I couldn't do the evening bodice the way I wanted to :)

Ok, I still have the belt, but the bodice is DONE!!! 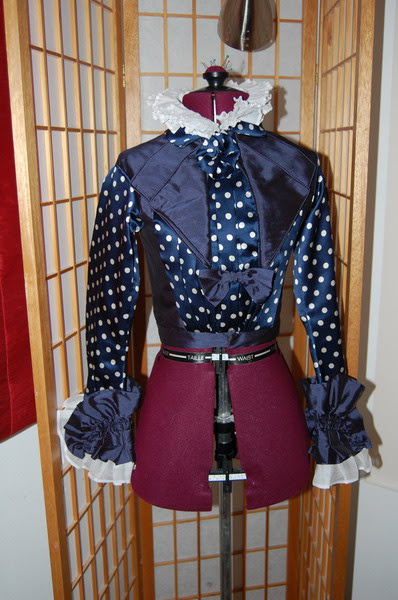 My cuffs are obviously to a different scale. That can be so hard copying. But I like them, and they're very, very, very securely sewn on and I'm out of fabric (if I want to do my evening bodice as planned). So there. Most importantly, I like them :)

My clever but who knows if it's period cuff closure! 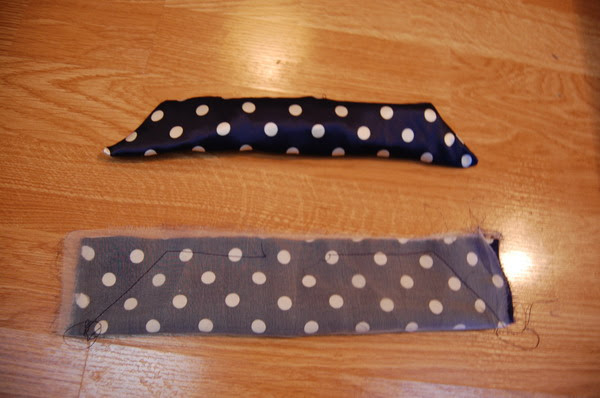 Here's how I made those little things like the tail of a bow that stick out of the cuff. Fold fabric in half, sew, leave small opening in middle, turn, sew hole shut, press till it's nice and flat. 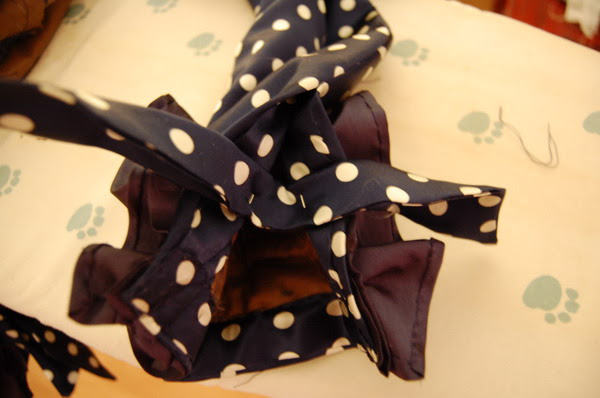 I made a kind of cuff closure. I just sewed the above tail thing to the inside of the cuff. 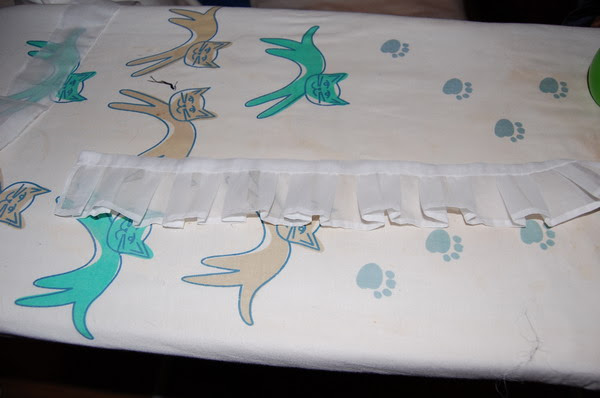 The ruffle is just box pleated to a straight strip then basted inside. The pleating folds nicely around the corners. The tails are set far enough in so you can do this. 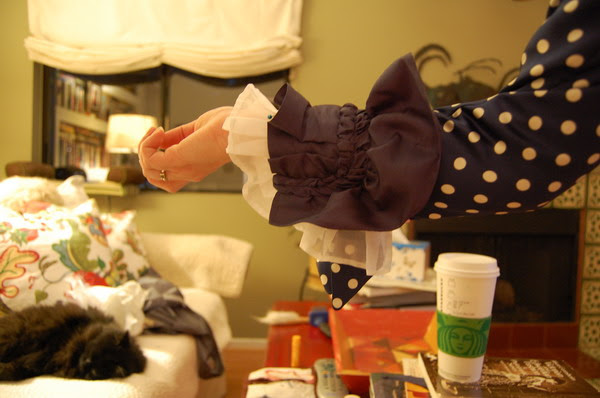 And on! I think mine is a little more exuberant than the original. That's ok, the skirt is too. I'm pretty sure the original was a heavier silk!

Not nearly as exciting, here we have the belt.

I made the belt based on this--Belt instructions at the Sewing Academy. Basically, it's a lined version of what I did with my other belts and exactly what I did with the lapels and tails. 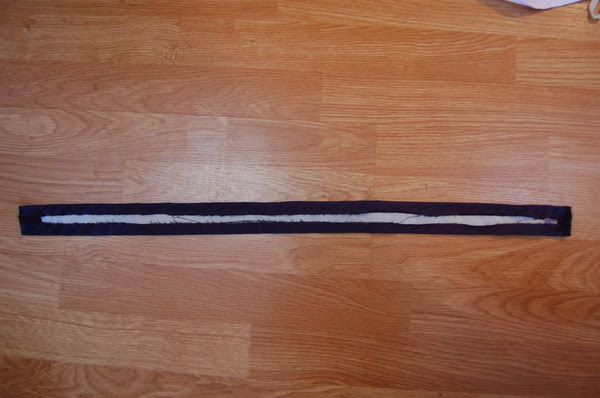 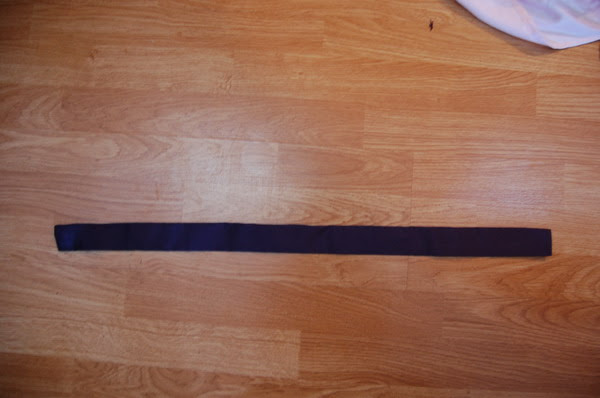 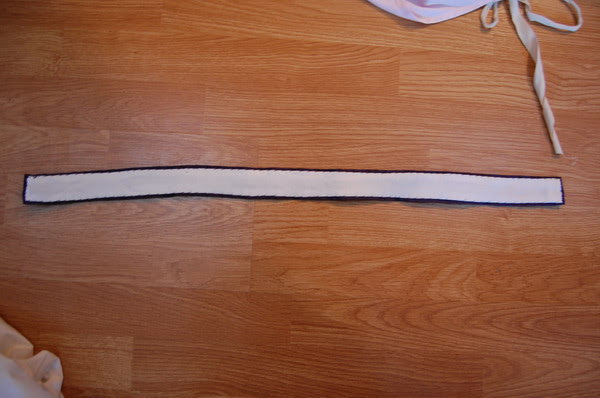 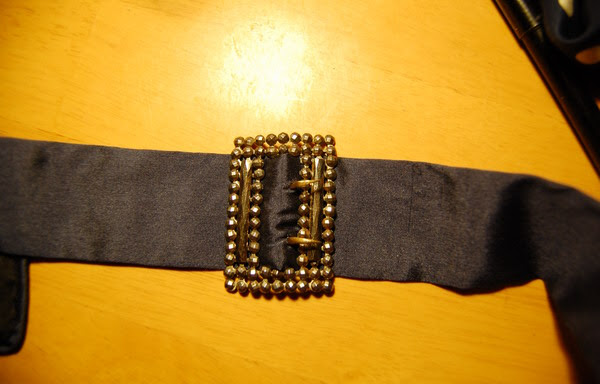 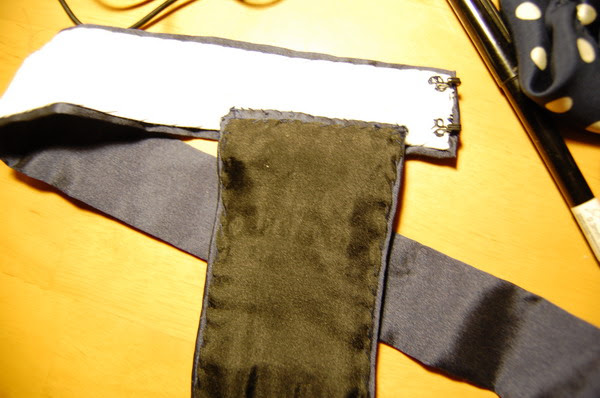 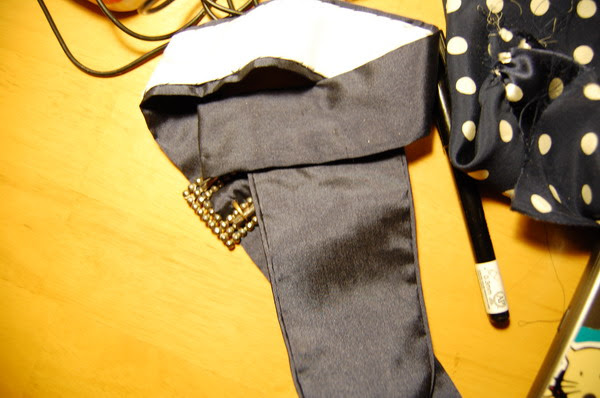 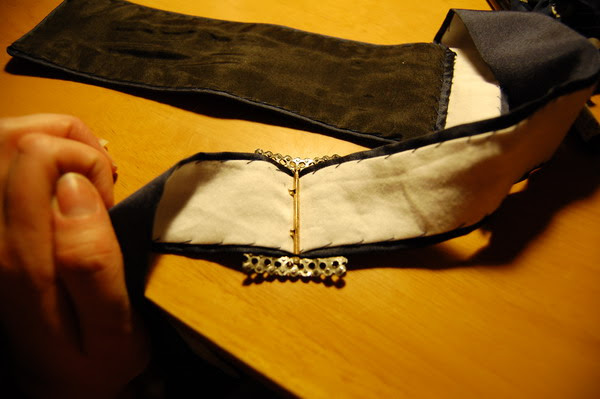 Then I put the buckle (I wonder what Alexandra and Maria would think of wearing shoe buckles on their belts? They're pretty and they match though!) and basted on the ties and did the hooks and eyes. Super easy!

Posted by Katherine Caron-Greig at 3:09 PM