What I've been up to!

My lack of posting here hasn't meant I haven't been doing anything! While I still haven't sorted out the promised spotty dress posts, I thought I should share a little of what's going on, and that's basically Under the Redcoat preparations!

First, something mentioned here before--the strawberry pinball. It's half knitted (I don't want to say half done because stuffing it is a little work!) 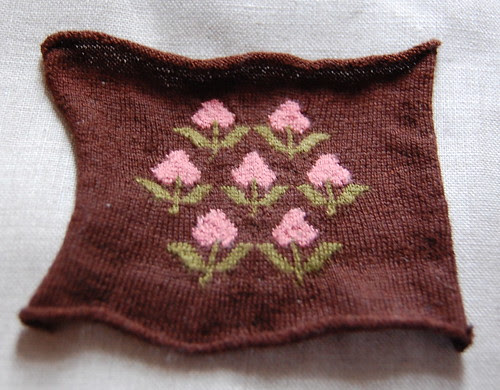 And almost done--it just needs sleeves and the fabric is due to be delivered today, yes I under ordered--is a striped linen dress. I actually volunteered to help a friend cook (as far away from the fire as possible!) at UTR this year. You see, she moved several states away and it's rather annoying. When we lived in the same city, it was no big thing to not see her at UTR, but this year, to actually spend time with her, I said I'd help. Ahh, the things we do for friends! Anyway, I'm hoping it falls into the category of super cute, and I'm proud of myself for not doing anything neat with the stripes. I did put the front panel at a very slight angle, but other than that, the stripes landed where they landed!

This will have no trim, though I am halfway looking for a cuff that would be appropriate. I just like the idea of cuffs on this. 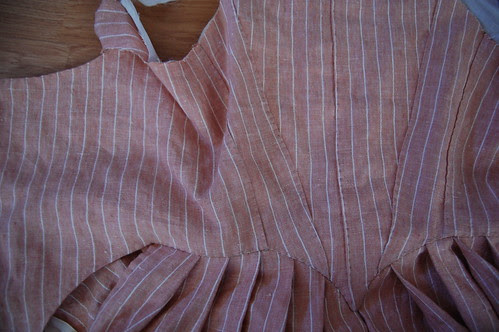 And next we have the completed except for trim pet-en-l'air. It's made of a cotton print I bought in Paris, which just makes me happy. It doesn't have robings and looks rather naked without them! I'm looking forward to applying the trim to make it look more normal. It'll pin shut and then tie with a mass of black ribbons. It should be so fun to wear! I'm basing it of this jacket in the Manchester Galleries. 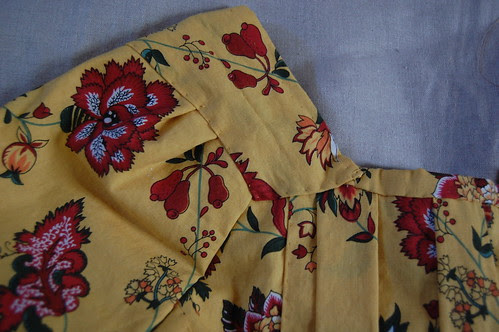 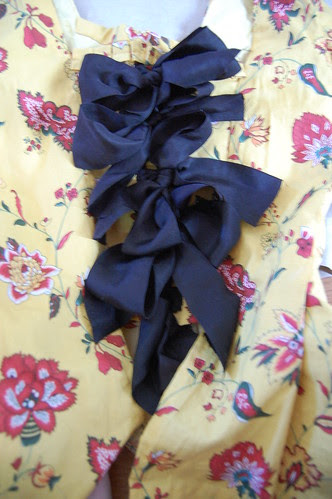 And lastly, a linen riding habit. I found a description of a natural linen riding habit trimmed with green silk on the 18th century woman mailing list and went with the idea. Mine will be trimmed with blue silk. So far I only have a few buttons made. I'm really enjoying them, fortunately, as I need tons! Forty-four, it seems! 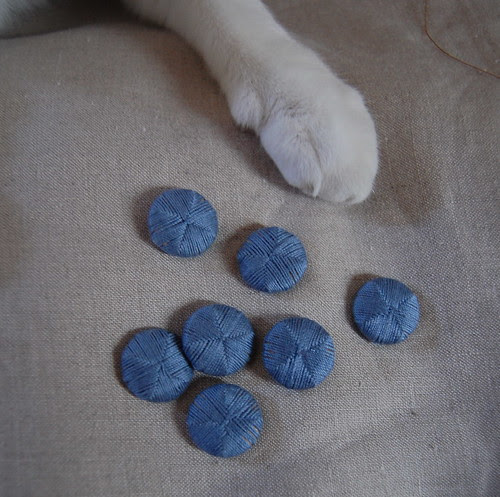 Posted by Katherine Caron-Greig at 4:42 PM