About a year ago now, I found out about knitted pinballs--little round pincushions that 18th century women wore from their waists--and of course, had to have one. I had wanted a fabric one for years, ever since first seeing one in Fitting and Proper and later seeing my friend Sarah's on a lovely silver pinball ring from Williamsburg.

It wasn't until seeing the knitted version that that want became need. It helped that there were original knitted pinballs that used ribbon or the same thread as they were knit with instead of a silver ring. Not that I didn't want a silver ring, but rather I couldn't find one. I tried to buy one during Under the Redcoat, but they no longer had them. The following year though, I was able to buy a ring. It's been sitting in a drawer for almost a year now, with nothing in it. Isn't that sad?

And so I knit a pinball! It's green soie d'alger embroidery thread knit on 000000 needles. I used pink ribbon to cover the join. These colors came directly from the pink and green court dress that I was working on when I bought the thread. Though I did choose a softer pink :)

And here's the pinball! 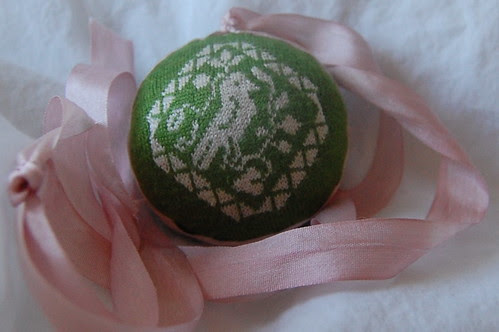 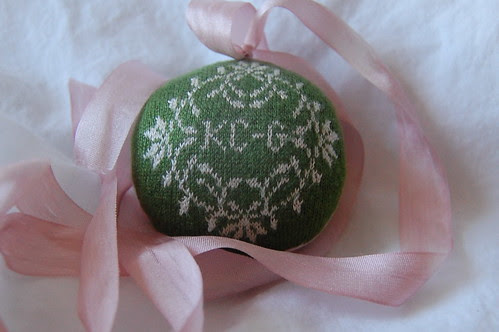 A public Ravelry link to the pinball.

Not to be stopped there, I decided to knit a pinball for Sarah. Hers was a copy of one in Williamsburg's collections. 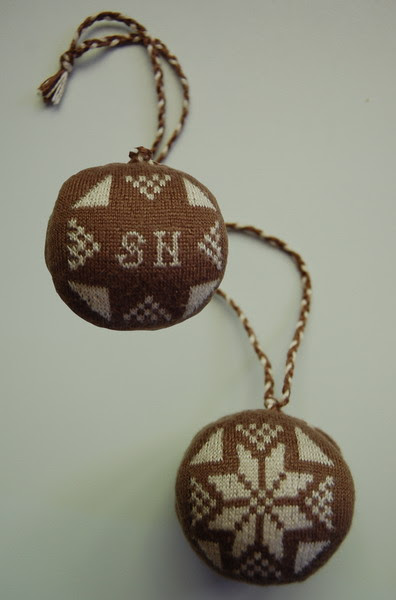 I even posed it (hooray for bad photoshopping!) similarly to the original :)

A public Ravelry link to the Williamsburg pinball.

And now, with Costume Con sewing coming to a close, I decided to take things a little slowly, use that silver pinball ring, and make a copy of pinball 6974 on this page. Well, and wish I could get the original too!

So tonight I charted the pattern. I doubt it's exact, but it's as close as I could count, and I decided to not put initials on it this time. There is a place on the pinball ring for engraving though! 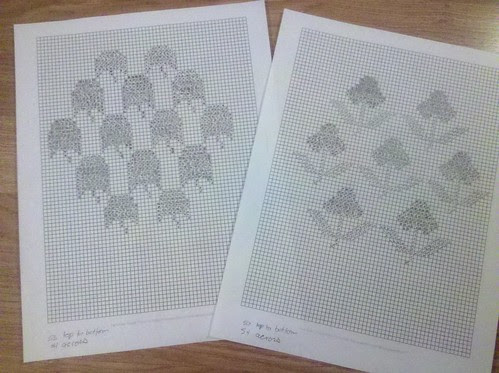 A public Ravelry link to the strawberry pinball.

So tomorrow, I'm going to buy more silk thread. Dark brown for the ground and pink for the strawberries and green for the leaves. I'm so excited to start this. I've been wanting to knit something for quite some time now, and this should satisfy that urge :)
Posted by Katherine Caron-Greig at 2:15 AM