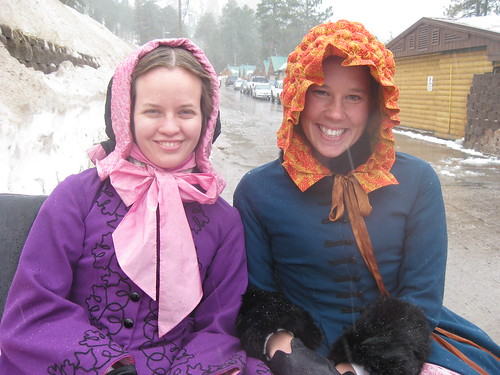 I love outerwear. It's so much fun, so pretty, adds so much to an outfit, yet, I almost never get to make it, doing most of my costuming in weather that just doesn't allow it. So, when Sarah suggested a trip to the mountains for a sleigh ride to Twila and me, I jumped at the chance to make a paletot covered in soutache. 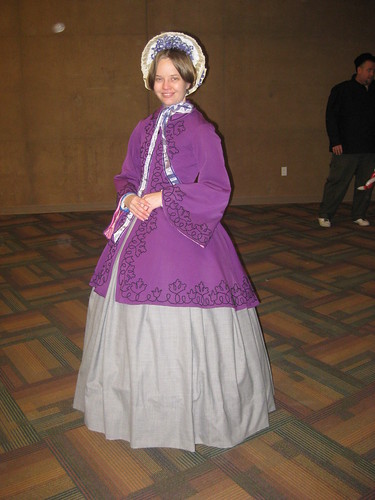 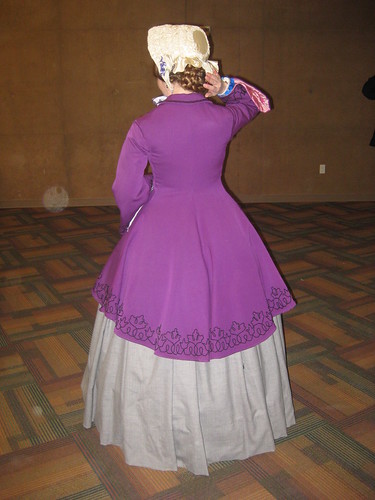 I used the Homespun Patterns Paletot pattern as a starting point. As is usual with patterns, the smallest size was much too big for me, but it's a very nice pattern and I think was easier to work with than my bodice pattern like I normally do. It's made with a layer of purple tropical weight wool that I think I found on eBay, interlined with cream wool flannel from B. Black and Sons, and lined with pink silk taffeta from Pure Silks. The soutache is from Farmhouse Fabrics. I used rayon soutache, which, while not period, still looks nice, and is easy to work with. Since I needed so much, wool soutache wasn't an option. The soutache pattern is taken from an original Godey's that I found online, though the site now leads somewhere else.

The bonnet and winter hood I wore with this are both from Miller's Millinery, the low brim and quilted opera bonnets. My scarf is a pattern from Godey's, The Princess Royal scarf. 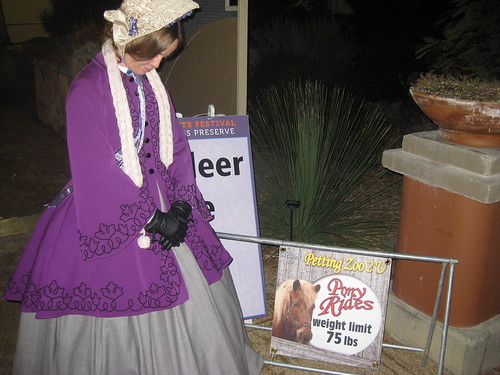 Sadly, I couldn't take a pony ride. They had a scale though, and I found out that everything I was wearing weighed about fifteen pounds. I'd guess most of it was in the paletot! 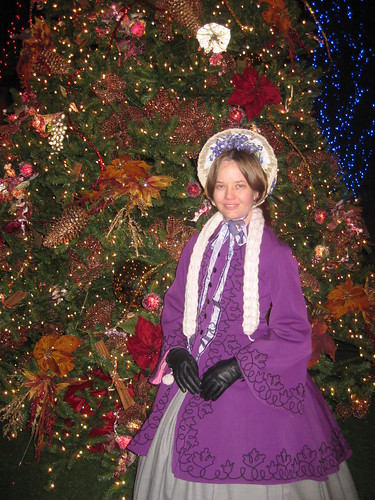 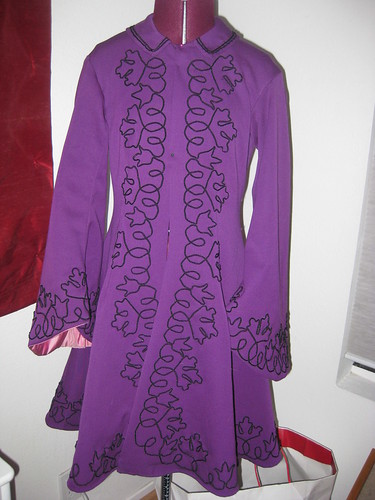 And here I am being uncharacteristically festive, and the paletot on my dress form, which shows the braiding better. 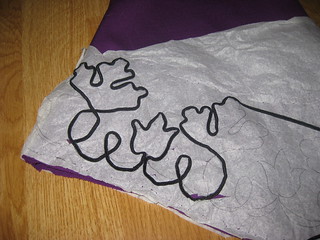 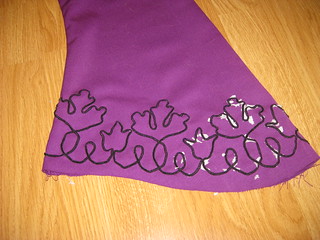 First, I made the outer layer of the coat--sleeves and body. I then drew the soutache pattern on tissue paper, basted it to the coat, and sewed it into place. Once the soutache was done, I sewed the sleeves in. Then I made the lining, treating the wool flannel and silk taffeta as one piece. Then I inserted the lining into the coat, wrong sides together, and edge stitched the hems, and folded the center front of the coat down as a facing. 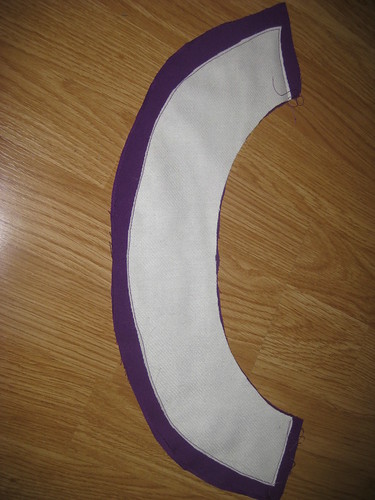 The only non soutache construction picture I seem to have taken is the collar. The collar is lined with a piece of twill for body, and then I sandwiched it between the purple wool and the lining.

In addition to wearing the coat twice, I was able to wear it to work when the building was freezing. I think they were using the air conditioning, even though it was in the 40s out. I'm also planning to wear this for Remembrance Day 2015 in Gettysburg. It should be perfect there :)

For endless ramblings about this coat, I wrote quite a bit on Live Journal.
Posted by Katherine Caron-Greig at 7:36 PM