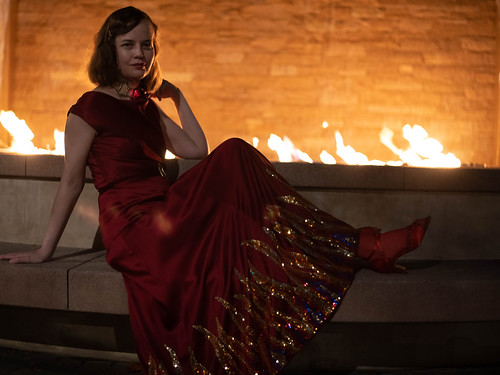 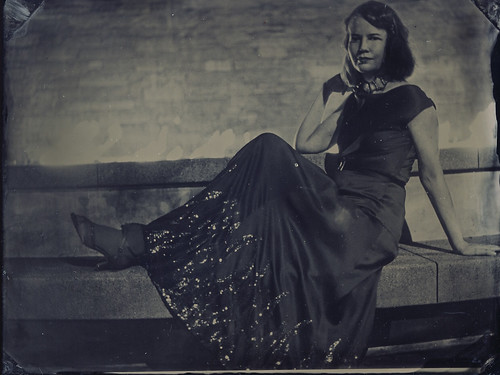 One of the limits you think of with tintype photography is going to the studio. Except, that doesn't have to be--the Victorian Photo Studio can take a tintype of a digital photo. All the things I love about tintypes are evident--the color shifts, the changes in emphasis, the different expressions--and are so obvious because they're copies of photos, not just the closest you can get with a camera while taking a tintype, which a group of friends and I did during our trip in 2017.

Because of the different format, I decided to be creative with my choice of photos. The 1930s Melisandre dress I wore to the 2019 Costume College gala was an obvious choice. It's red silk satin with sequined flames embroidered around the hem, and we were lucky to take pictures at the fire fountain in the outside courtyard at night. Definitely perfect for the dress--and the tintype! I love how the sequins stand out, the flames become suggestions, and the general moodiness of it all. 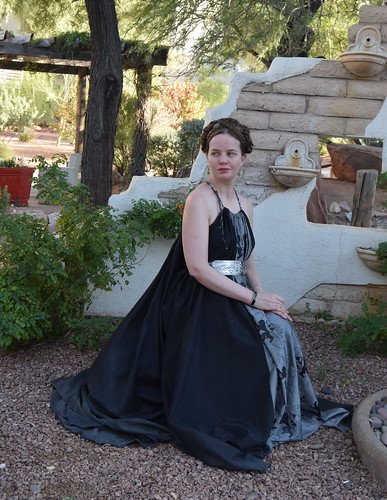 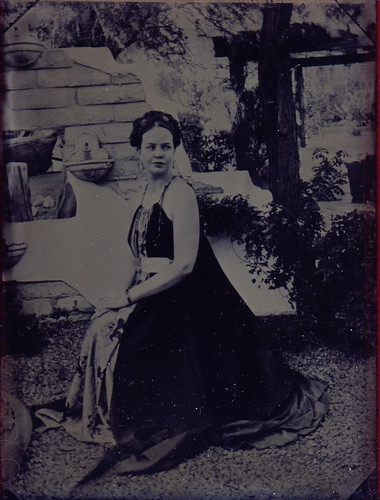 There were so many textures in the pictures I took of my silver and black Game of Thrones handmaiden dress that I wanted to see those in a tintype as well. The dress is black and silver silk taffeta with stenciled lions with beaded and embroidered swirls. The belt is made of Worbla and silver leaf, and I'm wearing cut steel combs in my hair. The picture was taken in late afternoon in mid October, and I like how the light worked to highlight the tintype. The way the tintype picked up my hem is especially interesting--the dust it gathered from being worn to faire is so clear. 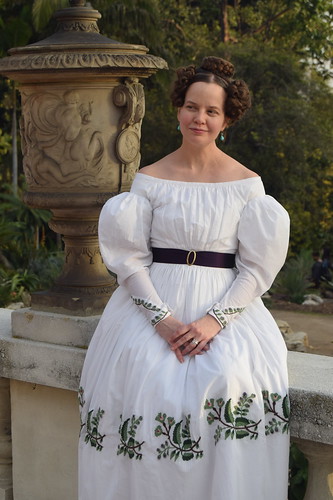 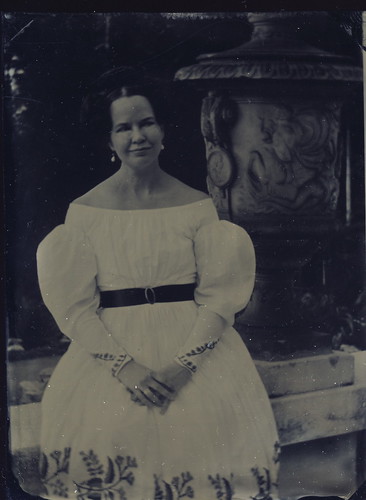 My embroidered 1830s dress is earlier than tintype photography, but the contrast of the wool tambour embroidery and the background-the Huntington Library in Pasadena--seemed ideal for a tintype anyway. It's so interesting what the technique picks up--my expression is so different. Friends and I always look more serious in the studio tintypes we've done than the modern photographs taken at the same time, but here it's obvious that at least part of that is what the camera decides to pick up and focus on. 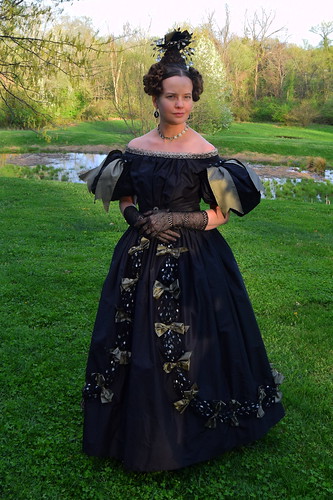 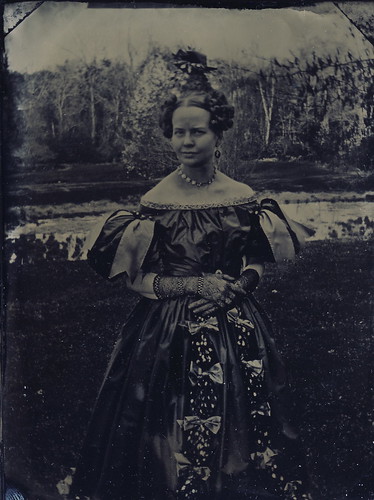 I chose my black and silver 1830s evening dress for much the same reasons as the day dress--the contrast and location--this time, the Joseph Ambler Inn near Philadelphia. The dress is trimmed with black net with silver spots and I love how much the spots stand out. Meanwhile, my hairpiece with ribbons and silver foliage becomes part of the trees. In all three of these outside pictures, the green becomes so dark. It's amazing how much contrast is lost between me and the backgroud. 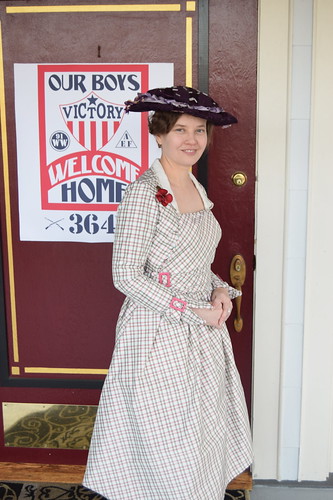 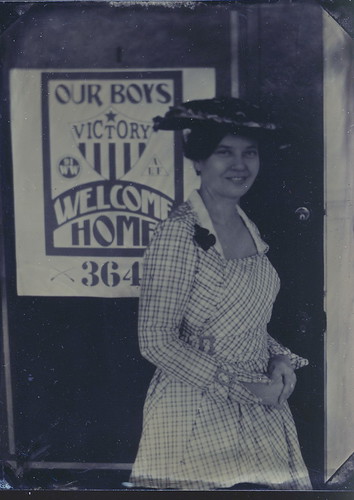 My 1918 plaid silk dress is from a time when many people owned cameras. Still, I thought the plaid and the background of the Great War Gallop hosted by Wearing History would make for a good tintype. This one was reversed as it was taken, so the sign is correct. I like that this tintype picked up the differences in the tones of the dress colors fairly accurately, while the poster behind me looks like it was printed with just one color. This picture really feels like time travelling to me! 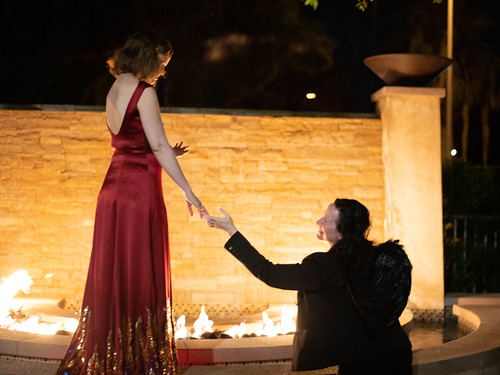 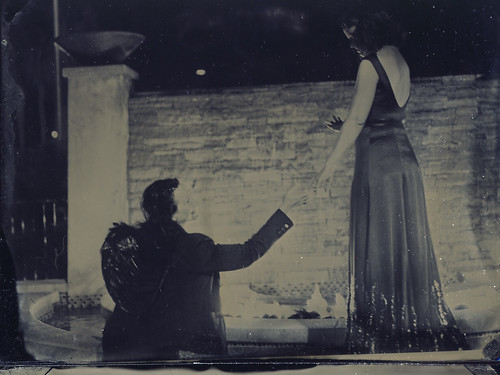 And one last picture--Alyxx as Crowley joining me at the fire fountain--how perfect! The shadows from the flames in this one are just fantastic.
Katherine Caron-Greig at 5:42 PM
Share